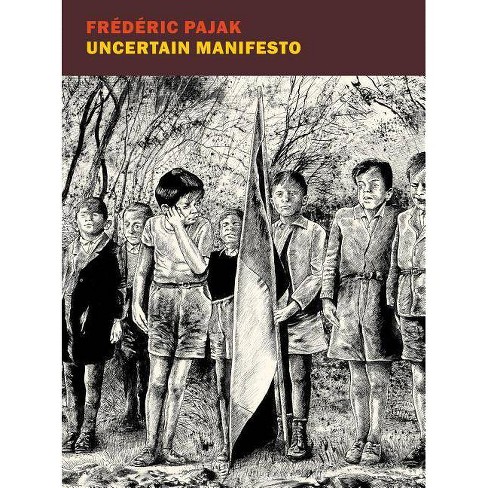 Frï¿½dï¿½ric Pajak (b. 1955) is a Swiss-French writer and graphic artist born in Suresnes, France. He has written novels and film scripts, and he is a painter, as was his father, Jacques Pajak. He has edited and contributed to cultural and satirical periodicals and is the editor of the highly illustrated biannual journal Les Cahiers dessinï¿½s, devoted to graphic work ranging from cartooning to the drawings of old masters. But Pajak is best known for a long series of books of unique design which present his own full-page drawings accompanied by a biographical and autobiographical quasi narrative. The first of these works, which made his reputation, was L'Immense solitude (1999), which won the Prix Michel-Dentan in 2000. He followed this up with another similarly structured work, Le Chagrin d'amour (Broken Hearts), which dealt with Guillaume Apollinaire. Later subjects included Joyce, Luther, Freud, Nietzsche, Cesare Pavese, and Schopenhauer. In the same formal vein, Pajak's ongoing Uncertain Manifesto, which began with the present work in 2012, reached its seventh volume in 2018. Volume III was awarded the Prix Mï¿½dicis (Essai) in 2014. Donald Nicholson-Smith's translations of noir fiction include Jean-Patrick Manchette's Three to Kill; Thierry Jonquet's Mygale (a.k.a. Tarantula); and (with Alyson Waters) Yasmina Khadra's Cousin K. He has also translated works by Paco Ignacio Taibo II, Henri Lefebvre, Raoul Vaneigem, Antonin Artaud, Jean Laplanche, Guillaume Apollinaire, and Guy Debord. For NYRB he has translated Manchette's Fatale, The Mad and the Bad, Ivory Pearl, and Nada and Jean-Paul Clï¿½bert's Paris Vagabond, as well as the French comics The Green Hand by Nicole Claveloux and Yellow Negroes and Other Imaginary Creatures by Yvan Alagbï¿½. Born in Manchester, England, he is a longtime resident of New York City.
If the item details above aren’t accurate or complete, we want to know about it. Report incorrect product info.