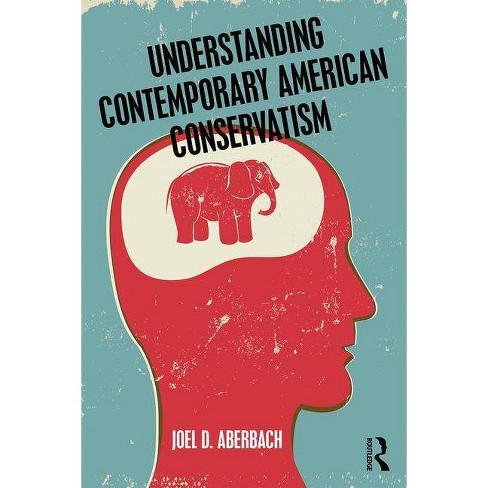 $56.95
undefined out of 5 stars with 0 reviews
be the first!be the first! ratings
Help us improve this page

Joel Aberbach has added measurably to his reputation as a highly-regarded political scientist with his brilliant new book on American political conservatism. Focusing on the vigorous and highly ideological Reaganism that has been in force over the last few decades, this illuminating book provides some clues to the sources of this brand of American conservatism. Aberbach also traces American conservatism from the early 20th Century to the mid-century moderate conservatism of President Dwight Eisenhower to the more muscular conservatism of Senator Barry Goldwater, and on to the form of conservatism that was introduced with Ronald Reagan's election in 1981 and modified under George H.W. Bush, George W. Bush, and by Congress members and presidential hopefuls during the Obama years.

, Author of The Life of the Parties: A History of American Political Parties

American conservatism today is a blend of philosophical positions and economic, political, and cultural beliefs and policy preferences that are viewed as conservative because they are promoted by groups that identify as conservative. Its arguments and ideas fuel the perceptions and intentions of Republicans, and distinguish conservatism from current American liberalism. This book methodically elaborates the issue stands of American conservatism and the ever-greater issue cleavages that distinguish it from American progressivism and the politics of Democrats. Almost 70 years ago, American political scientists called for more ideological coherence in the nation's parties. Aberbach does us all a service by identifying the issue divisions that have developed as a consequence of realizing this academic wish.

is a tour de force of ideological and behavioral change among the American public - particularly on the conservative side of the political spectrum - by one of America's foremost political scientists. Aberbach's clear prose and straightforward analytics produce a compelling story line about the relationship between political ideology, party identification, and voting behavior across four decades. But more than just a focus on changing individual level relationships, Aberbach examines how institutions incentivize or discourage extremist ideological positions. Among other things, he notes the differences in conservatism in Britain and the US, and the varieties of conservatism that exist in the US. This is, simply put, a superb book for documenting and understanding the polarizing politics that has been with us for a while and which seems to be growing stronger.

, Purdue University
If the item details above aren’t accurate or complete, we want to know about it. Report incorrect product info.