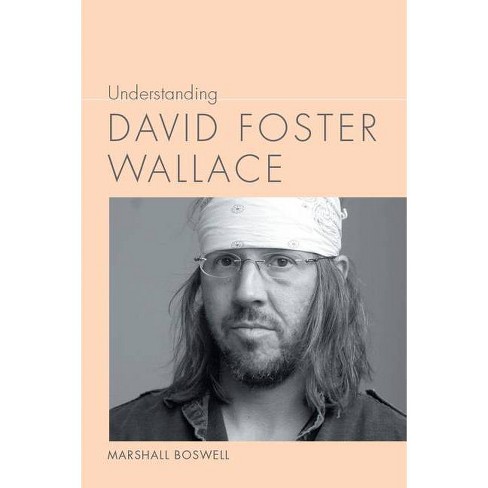 $19.99
no reviews yet
be the first!be the first! ratings
Release Date: coming soon!
Preorder for
Edit zip
Ships by release date with free standard shipping using RedCard
Help us improve this page

Since its publication in 2003, Understanding David Foster Wallace has served as an accessible introduction to the rich array of themes and formal innovations that have made Wallace's fiction so popular and influential. A seminal text in the burgeoning field of David Foster Wallace studies, the original edition of Understanding David Foster Wallace was nevertheless incomplete as it addressed only his first four works of fiction--namely the novels The Broom of the System and Infinite Jest and the story collections Girl with Curious Hair and Brief Interviews with Hideous Men. This revised edition adds two new chapters covering his final story collection, Oblivion, and his posthumous novel, The Pale King.

Tracing Wallace's relationship to modernism and postmodernism, this volume provides close readings of all his major works of fiction. Although critics sometimes label Wallace a postmodern writer, Boswell argues that he should be regarded as the nervous leader of some still-unnamed (and perhaps unnamable) third wave of modernism. In charting a new direction for literary practice, Wallace does not seek to overturn postmodernism, nor does he call for a return to modernism. Rather his work moves resolutely forward while hoisting the baggage of modernism and postmodernism heavily, but respectfully, on its back.

Like the books that serve as its primary subject, Boswell's study directly confronts such arcane issues as postmodernism, information theory, semiotics, the philosophy of Ludwig Wittgenstein, and poststructuralism, yet it does so in a way that is comprehensible to a wide and general readership--the very same readership that has enthusiastically embraced Wallace's challenging yet entertaining and redemptive fiction.