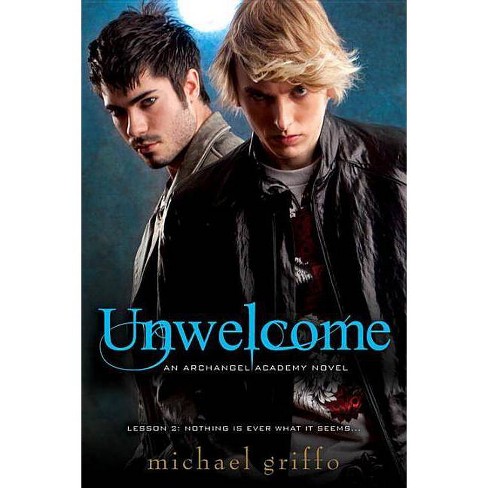 $8.49
MSRP$9.95
no reviews yet
be the first!be the first! ratings
Shipping
Free standard shipping with RedCard
Help us improve this page

Lesson 2: The people we love most may be the ones we know least. . . Archangel Academy is more than a school to Michael Howard. Within its majestic buildings and serene English grounds, he's found friends, new love, and a place that feels more like home than Nebraska ever did. But the most important gift of Archangel Academy is immortality. . . Life as a just-made vampire is challenging for Michael, even with Ronan, an experienced vamp, to guide him. Michael's abilities are still raw and unpredictable. To add to the turmoil, the ancient feud between rival vampire species is sending ripples of discord through the school. And beneath the new headmaster's charismatic front lies a powerful and very personal agenda. Yet the mysteries lurking around the Academy pale in comparison to the secrets emerging from Michael's past. And choosing the wrong person to trust--or to love--could lead to an eternity of regret. . . Michael Griffo is an award-winning writer and one of six playwrights whose career will be tracked by WritersInsight.com until 2010. He is a graduate of New York University, has studied at Playwrights Horizons and Gotham Writers Workshop, and has written several screenplays.
If the item details above aren’t accurate or complete, we want to know about it. Report incorrect product info.