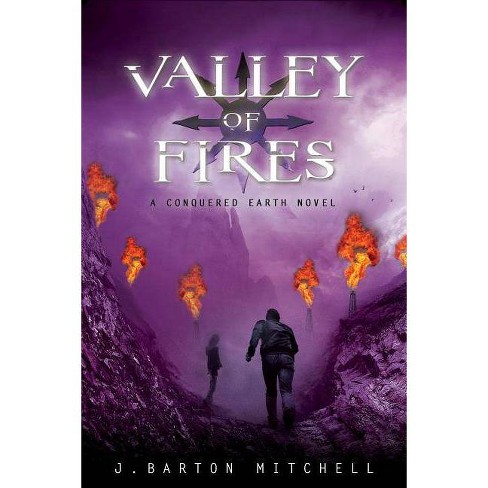 0 out of 5 stars with 0 reviews
be the first!be the first! ratings
Help us improve this page

"Mitchell's epic young adult science fiction masterpiece ends as it began: with a cataclysmic bang. His narrative is so highly, expertly visual, it vividly brings to life the horrors and hopes of his triad of unlikely young champions. The worldbuilding is utterly phenomenal, the semi-familiar scenes breathtakingly ingenious, the enemy ruthless and the co-stars unforgettable. This soon-to-be classic series should be read in order. Bravo!" --Romantic Times, Top Pick Gold on Valley of Fires

"In the conclusion to his science-fantasy trilogy... the battles are intense and numerous. Series readers will enjoy it." --Kirkus Reviews on Valley of Fires

"Readers looking for strong, diverse characters in an interesting postapocalyptic world--similar to Julianna Baggott's Pure or Dan Wells' Partials series--will want to add this trilogy to their list." --Booklist on Valley of Fires

"Mitchell's second in his young adult trilogy is a masterful mix of post-apocalyptic, dystopian science fiction with just a hint of steampunk. His narrative is edge-of-your-seat and nail-bitingly thrilling, his prose concise and visual, his battles epic, his characters memorable, his evildoers nightmarishly atrocious and his stars utterly unforgettable." --Romantic Times on The Severed Tower

"Reminiscent of the fighting between Terminator-style robots and human beings, The Severed Tower is a good choice for teens who enjoyed writings like War of the Worlds by H. G. Wells and fans of science fiction television shows like Doctor Who This trilogy is sure to captivate a wide variety of teen readers." --Voya Magazine on The Severed Tower

"Mitchell's prose debut, the first in a dystopian sci-fantasy series, is an imaginative mix of danger and humor...The action will keep readers turning the pages." --Kirkus Reviews on Midnight City