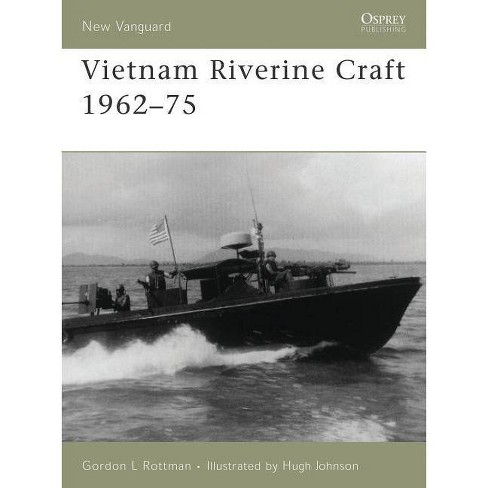 $13.49
MSRP$17.95
no reviews yet
be the first!be the first! ratings
Buy 2 get 1 free on video games, movies and books
Online only •
Shipping
Free standard shipping with RedCard
Loading, please wait...
Help us improve this page

The southernmost region of the Republic of Vietnam (South Vietnam) encompassed the vast Mekong River Delta, and area covering 10,190 square miles. Three major rivers run through the Delta, the Song Hou Giang (aka Bassac) and the Song Mekong, which broke into three large rivers (Song My Tho, Ham Luong, and Go Chien). The Nhon Trach delineated the Delta's eastern edge. In all there were some 1,500 miles of natural navigable waterways and 2,500 miles of man-made canals and channels. The canal system was begun in 800 AD and its expansion continued up to World War II. The nation's capital, Saigon, lies on the Delta's northern edge. Few roads and highways served the region with sampans and other small watercraft via the canals being the main means of transportation.

At least 70,000 Viet Cong (VC) were scattered over the area controlling up to a quarter of the population. Three Army of the Republic Vietnam (ARVN) divisions as well as various paramilitary forces battled the VC in the marshes, forests, and paddies. In 1965 the military situation in the Delta had deteriorated and the decision was taken to shore things up by committing a joint Army and Navy Mobile Riverine Force. This force was unique in its composition, mission, and the special craft in which it operated. The Army component was the 2d Brigade, 9th Infantry Division; the Navy component was River Assault Flotilla One. The various watercraft assigned to the Mobile Riverine Force are the subject of this book. These included much-modified landing craft, purpose-built patrol boats including Swift Boats and Monitors, and a variety of auxiliary and support vessels. Task Force CLEARWATER, a much smaller operation in the extreme northern portion of South Vietnam, also used these craft.