View from Above - by Terry Virts (Hardcover) 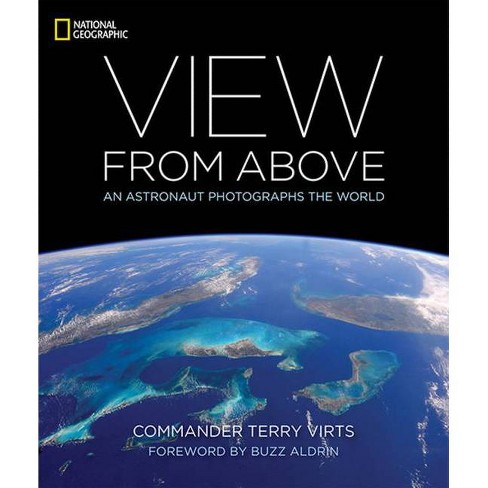 A NASA astronaut and distinguished space photographer who spent more than seven months off the planet presents the infinite wonder of his astonishing aerial images of Earth, along with captivating tales of life at the edge of the atmosphere. Astounding photographs of our world from outer space and edge-of-your-seat stories of survival in orbit--including close collegiality with Russian cosmonauts--make this a dazzling, personal account of living on the space shuttle. Few people get the experience of seeing the world from outer space--and no one has taken as many pictures of Earth from above as Terry Virts. Celebrated NASA astronaut, pilot of the space shuttle, crew member on Soyuz, and commander of the International Space Station, Virts has spent more than 200 days in space--and very few of those days went by without his reaching for his camera. Now as never before, Virts shares the astronaut's view of the world, offering stunning aerial views of our planet and the vastness that surrounds it. The colors, shapes, details--and the stories they tell--are endlessly fascinating. Virts's book marries his exquisite photographs with glimpses of everyday life in orbit, including candid shots of fellow astronauts Scott Kelly and Samantha Cristoforetti. Amid this amazing show of Earth spectacles, he reflects on how the astronaut's point of view has shaped his life and spirit. Filled with magnificent photographs that will astonish and inspire, this book--and its intrepid author--becomes our guide to a new way of looking at the world.

"Very few people get to experience seeing the world from outer space and no one has taken as many pictures of Earth from above as Astronaut Terry Virts. With thousands of mesmerizing images, View From Above provides a much-needed window on our home planet. It is a great piece to spark conversation and inspiration. Terry's first-hand account of his journeys beyond our atmosphere is witty, heartwarming and profound. An absolute must-have for anyone with a love of space, photography and science." -Fupping.com "It's Virts's photos that form the heart of the astonishingly beautiful View From Above. The book is not only a fascinating look at our planet from a perspective most of us will never experience but also a peek at daily life aboard the ISS and everything that entails." -GeekDad "Virts' account sparkles with life, even when the station itself often seems sterile and mechanical...Moments like these separate View From Above from other coffee table space books that serve up lots of pretty Earth views, but leave out the humanity." -Air & Space "Ex-astronaut offers bold three-step plan to put humans on Mars...Terry Virts says we must look to NASA's past before we move forward with a program to go to the red planet." --nbcnews.com "That moment of cosmic collegiality is just one of the stories recounted in Virts' dazzling new book...while things may be tense between Washington and the Kremlin, all such differences stop at the atmosphere's edge." -Time.com "In a new photography book, former astronaut Terry Virts shares images and stories from his experience working on the International Space Station." -Timeedge.com

"Virts's new book of showcases images and stories from his NASA career and Columbia childhood."
-Baltimore Magazine "Along with the incredible shots of the Earth and space, he also wrote about life aboard the space shuttle." -Newsday "How to take photographs from orbit, according to an actual astronaut." -Techradar.com

Astronaut TERRY VIRTS grew up in Columbia, Maryland, outside of Baltimore. He wanted to be an astronaut ever since he read his first book about the Apollo missions when he was in kindergarten. He earned a bachelor of science degree in mathematics from the United States Air Force Academy in 1989, and a master of aeronautical science degree in aeronautics from Embry-Riddle Aeronautical University. Selected by NASA in 2000, he was the pilot of STS-130 mission aboard Space Shuttle Endeavour. In March 2015, Virts assumed command of the International Space Station, and spent over 200 days on it. Virts is one of the stars of the new IMAX film, A Beautiful Planet, released in April 2016.
If the item details above aren’t accurate or complete, we want to know about it. Report incorrect product info.