Vineyards and Vaqueros - (Before Gold: California Under Spain and Mexico) by George Harwood Phillips 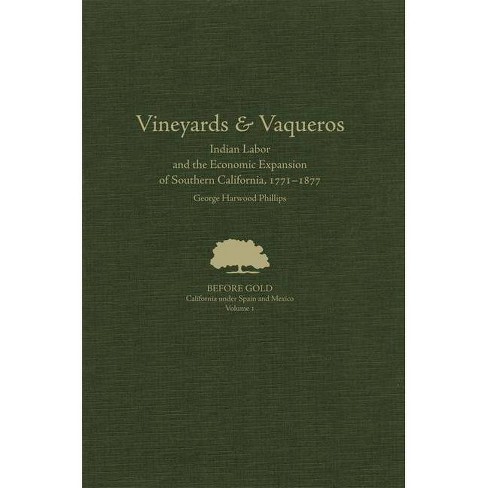 Indian labor was vital to the early economic development of the Los Angeles region. This first volume in the new series Before Gold: California under Spain and Mexico explores for the first time Native contributions to early Southern California.

Opening with a survey of the economic dimension of traditional southern California Indian cultures, Phillips then examines the origins and collapse of the missions, the emergence and expansion of the pueblo of Los Angeles, and the creation and decline of the ranchos. He closely considers the Indians' incorporation into these foreign-imposed institutions and the resulting impact on the region's economy and society. While concentrating on the Tongvas (Gabrielinos), Phillips also considers Indians who entered the region from the south.

Based on exhaustive research, Phillips's account focuses on California Indians more as workers than as victims. He describes the work they performed and how their relations evolved with the missionaries, settlers, and rancheros who employed them. Phillips emphasizes the importance of Indian labor in shaping the economic history of what is now Los Angeles, Orange, and Riverside counties.

Featuring more than two-dozen illustrations and maps, Vineyards and Vaqueros demonstrates that no history of the region is complete without a consideration of the Indian contribution.