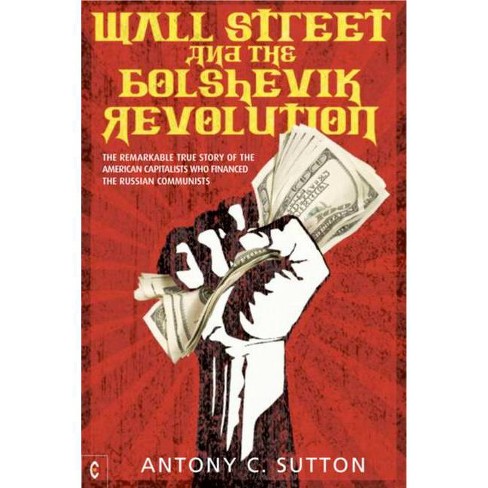 Why did the 1917 American Red Cross Mission to Russia include more financiers than medical doctors? Rather than caring for the victims of war and revolution, its members seemed more intent on negotiating contracts with the Kerensky government and, subsequently, the Bolshevik regime.

∞ The role of Morgan banking executives in funneling illegal Bolshevik gold into the US.
∞ The co-option of the American Red Cross by powerful Wall Street forces.
∞ The intervention by Wall Street sources to free the Marxist revolutionary Leon Trotsky, whose aim was to topple the Russian government.
∞ The deals made by major corporations to capture the huge Russian market a decade and a half before the US recognized the Soviet regime.
∞ The secret sponsoring of Communism by leading businessmen, who publicly championed free enterprise.

Wall Street and the Bolshevik Revolution traces the foundations of Western funding of the Soviet Union. Dispassionately, and with overwhelming documentation, the author details a crucial phase in the establishment of Communist Russia.

This classic study--first published in 1974 and part of a key trilogy--is reproduced here in its original form. The other volumes in this trilogy are Wall Street and the Rise of Hitler and Wall Street and FDR.

"Sutton comes to conclusions that are uncomfortable for many businessmen and economists. For this reason, his work tends to be either dismissed out of hand as 'extreme' or, more often, simply ignored."

--Richard Pipes, Baird Professor Emeritus of History, Harvard University (from "Survival Is Not Enough: Soviet Realities and America's Future")
If the item details above aren’t accurate or complete, we want to know about it. Report incorrect product info.