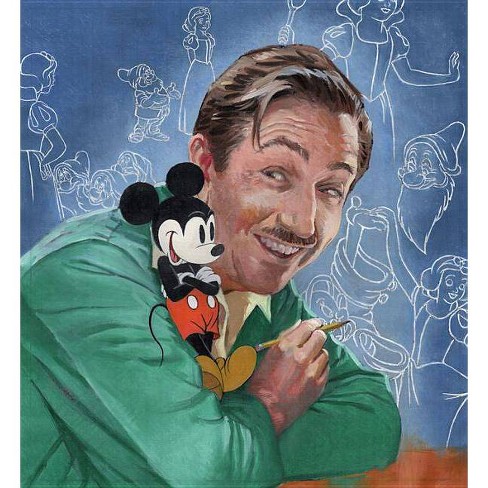 $14.29
MSRP$18.99
no reviews yet
be the first!be the first! ratings
Shipping
Free standard shipping with RedCard
Loading, please wait...
Help us improve this page

Doreen Rappaport's nonfiction and historical fiction books have been acclaimed for their meticulous research and varied literary styles. She is the recipient of the Washington Post-Children's Book Guild lifetime achievement award for the writing of nonfiction. Among her many award-winning biographies are Martin's Big Words: The Life of Dr. Martin Luther King, Jr., illustrated by Bryan Collier, a Caldecott Honor Book, Coretta Scott King Honor Book, Orbis Pictus Honor Book, and a Jane Addams Children's Book Award winner; and Abe's Honest Words: The Life of Abraham Lincoln, illustrated by Kadir Nelson, the Library of Virginia Whitney and Scott Cardoza Award winner, a CCBC Best Book of the Year and an IRA Teachers' Choice. Doreen lives in upstate New York. Visit her at www.doreenrappaport.com. John Pomeroy is an animator, storyboard artist, and animation producer who began his forty-four-year career at Walt Disney Studios in 1973. He has worked on The Many Adventures of Winnie the Pooh, The Rescuers, Pete's Dragon, The Secret of NIMH, An American Tail, The Land Before Time, Pocahontas, Atlantis: The Lost Empire, Curious George, Planes, and most recently Disney Junior's Sofia the First. He is also a painter of portraits and military history. He lives with his wife, Cami, and their family in Brentwood, Tennessee. Visit John online at www.johnpomeroy.com.
If the item details above aren’t accurate or complete, we want to know about it. Report incorrect product info.