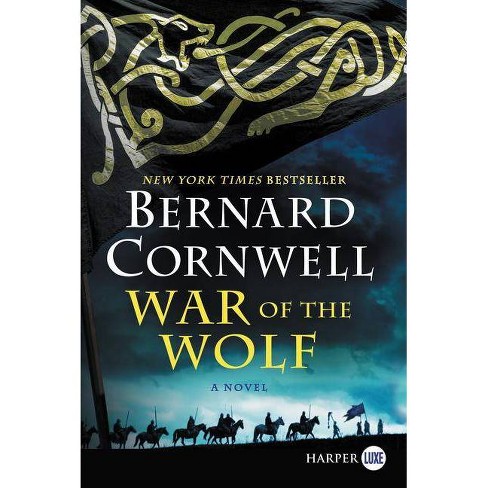 Bernard Cornwell's epic story of the making of England continues in this eleventh installment in the bestselling Saxon Tales series--like Game of Thrones, but real (The Observer)--the basis of the hit Netflix television series The Last Kingdom.

Perhaps the greatest writer of historical adventure novels today (Washington Post), Bernard Cornwell has dazzled and entertained readers and critics with his page-turning bestsellers. Of all his protagonists, however, none is as beloved as Uhtred of Bebbanburg.

And while Uhtred might have regained his family's fortress, it seems that a peaceful life is not to be - as he is under threat from both an old enemy and a new foe. The old enemy comes from Wessex where a dynastic struggle will determine who will be the next king. And the new foe is Sköll, a Norseman, whose ambition is to be King of Northumbria and who leads a frightening army of wolf-warriors, men who fight half-crazed in the belief that they are indeed wolves. Uhtred, believing he is cursed, must fend off one enemy while he tries to destroy the other. In this new chapter of the Saxon Tales series--a rousing adventure of courage, treachery, duty, devotion, majesty, love and battle, as seen through the eyes of a warrior straddling two worlds--Uhtred returns to fight once again for the destiny of England.

At the fortress of the eagles, three kings will fight. . . .

Uhtred of Bebbanburg has won back his ancestral home, but, threatened from all sides by enemies both old and new, he doesn't have long to enjoy the victory.

In Mercia, rebellion is in the air as King Edward tries to seize control. In Wessex, rival parties scramble to settle on the identity of the next king. And across the country, invading Norsemen continue their re-lentless incursion, ever hungry for land.

Uhtred--a legendary warrior, admired and sought as an ally, feared as an adversary--finds himself once again torn between his two heritages: fighting on what he considers the wrong side, cursed by misfortune and tragedy, and facing one of his most formidable enemies. Only the most astute cunning, the greatest loyalty, and the most spectacular courage can save him.

For decades, Uhtred has stood at the intersection between pagan and Christian, between Saxon and Viking, between the old world he was born into and the new world being forged around him. But as the winds of change gather pace, the pressure on Uhtred as father, politician, and warrior grows as never before.

"Uhtred is back where he belongs, in the shield-wall, and telling the story of fame and heartbreak, blood and tears, sword against sword. Whether you believe it all or not is up to you; the good news is that Cornwell, once again, makes it easy to do so."--Curtis Edmonds, Bookreporter

"A series that never seems to run out of blood, gore, and glory."--Booklist

"Once again, Cornwell has placed his irascible and cunning hero in the midst of personal and political conflict and provided another exciting story. VERDICT For those who enjoy their historical fiction told with verve and imagination."--Library Journal

A page-turning thriller of ancient historical times.... Like the Netflix series "The Last Kingdom," which is based on this series, the books are definitely binge-worthy.--The Oklahoman

"A rousing, bloodthirsty tale of tumult in early-days Britain.... Great entertainment for fans of historical epics."--Kirkus

"Our hero is Uhtred, a good-hearted lout with a pleasantly sour disposition; he's like a 9th century Han Solo."--Time

"The most prolific and successful historical novelist in the world today.... Mr. Cornwell writes as if he has been to ninth-century Wessex and back.... Much has changed since the ninth century, but some things, and some feelings, are timeless."--Wall Street Journal
If the item details above aren’t accurate or complete, we want to know about it. Report incorrect product info.