We Were Kings - by Court Stevens (Hardcover) 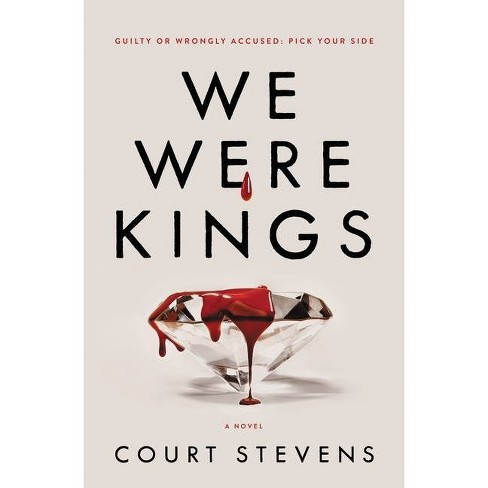 A twenty-year-old crime, an accelerated death penalty, and an elitist family cover-up: Nyla races against the death row clock to save a woman the world is rooting for . . . and against. Which side will you choose?

A twenty-year-old crime, an accelerated death penalty, and an elitist family cover-up: Nyla races against the death row clock to save a woman the world is rooting for . . . and against. Which side will you choose?

Twenty years ago, eighteen-year-old Francis Quick was convicted of murdering her best friend, Cora King, and sentenced to death. Now the highly debated Accelerated Death Penalty Act has passed giving Frankie thirty final days to live. Surprising everyone, one of the King family members sets out to challenge the woefully inadequate evidence and potential innocence of Frankie Quick.

The at-first reluctant but soon-fiery Nyla and her unexpected ally--handsome country island boy Sam Stack--bring Frankie's case to the international stage through her YouTube channel, Death Daze. They step into fame and a hometown battle that someone's still willing to kill over. But who? The senator? The philanthropist? The pawn shop owner? Nyla's own mother?

Best advice: Don't go to family dinner at the Kings' estate. More people will leave in body bags than on their own two feet. And as for Frankie Quick, she's a gem . . . even if she's guilty.

Praise for We Were Kings:

"We Were Kings is the best kind of mystery novel--intelligent and bursting with heart. As Nyla untangled her family's secrets, the twists left me breathless." --Brittany Cavallaro, New York Times bestselling author

"Bingeable. Atmospheric. A book that grabs hold and doesn't let go. We Were Kings offers a delicious mystery perfect for fans of We Were Liars and A Good Girl's Guide to Murder. I savored every word from beginning to end." --Caroline George, author of The Summer We Forgot