What Beauty There Is - by Cory Anderson 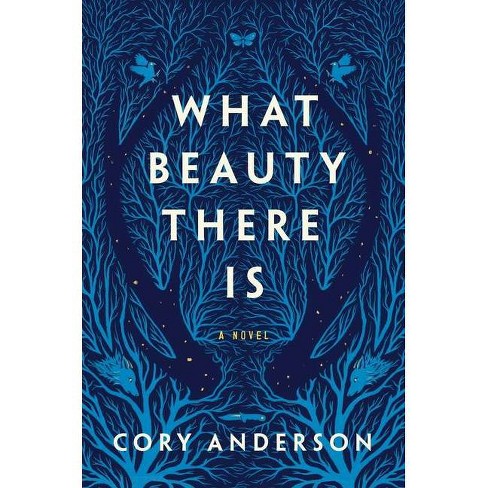 4.7 out of 5 stars with 3 reviews
33 ratings
Format Hardcover

A stunning debut novel about brutality and beauty, and about broken people trying to survive--perfect for fans of Patrick Ness, Laura Ruby, and Meg Rosoff.

To understand the truth, you have to start at the beginning.

Winter in Idaho. The sky is dark. It is cold enough to crack bones. Living in harsh poverty, Jack Dahl is holding his breath. He and his younger brother have nothing--except each other. With his father incarcerated and his mother addicted to opiods, Jack faces a stark choice: lose his brother to foster care or find the drug money that sent his father to prison. He chooses the money. Ava Bardem lives in isolation, a life of silence. For seventeen years Ava's father, an abusive and merciless man, has controlled her fate. He has taught her to love no one. Now Victor Bardem is stalking the same money as Jack. When he picks up on Jack's trail, Ava must make her own wrenching choice: remain silent or speak, and help the brothers survive. Choices. They come at a price.

Beautifully written and superbly constructed, Anderson pulls you onto a chilling footpath of love and loss--and keeps you there until you've read every last word. --Ruta Sepetys, #1 New York Times bestselling author and Carnegie Medal winner of Salt to the Sea

A -gorgeous, intense, and shocking look at chaos, survival, fate, and betrayal... A first purchase and a must-read. Prepare to be haunted and chilled to the bone by this exceptional story. --School Library Journal starred review Intense, brutal, and searingly honest, Anderson's debut features intricate plotting and action that hold up against the best thriller novels, yet it is all the more remarkable for its tender, multidimensional characterization and sharp, crystalline prose. Riveting and unforgettable. --Kirkus starred review Debut author [Cory] Anderson captures the setting and souls of her characters through her sparse yet lyrical text, creating a suspenseful, throbbing tale of love and survival, choices and consequences. Told in alternating voices, this powerful story will mesmerize. --Booklist starred review Readers who like their novels pitch dark and bone chilling will revel in the horrifying villain and the trio of kids locked into a dilemma they cannot possibly resolve. --The Bulletin for the Center of Children's Books Anderson's starkly atmospheric thriller illuminates ways in which cycles of poverty and incarceration can disenfranchise children. --Publishers Weekly [A] taut psychological thriller. Anderson's spare, lyrical writing yields great insight into her characters, and the unforgiving Idaho winter landscape is almost a character in its own right. - Horn Book

Cory Anderson is a winner of the League of Utah Writers Young Adult Novel Award and Grand Prize in the Storymakers Conference First Chapter Contest. She lives in Utah with her family. What Beauty There Is is her debut novel.
If the item details above aren’t accurate or complete, we want to know about it. Report incorrect product info.