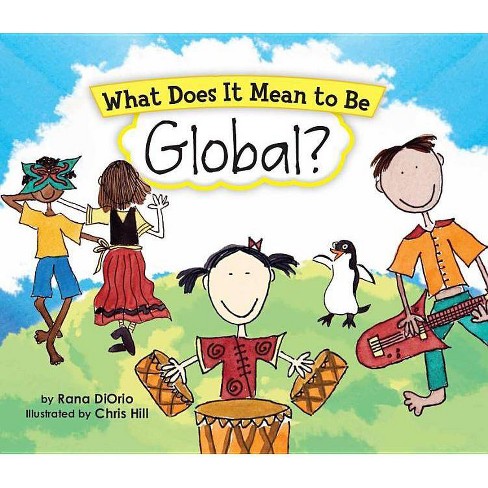 Author Bio:
Rana DiOrio was born in Providence, RI and grew up in a colorful Italian-American family. Her curiosity about the world began in kindergarten, while studying Western access to China and, obviously, panda bears. As a political science major/psychology minor in college, and then as a law student, she became fascinated with understanding perspective, and how just about any person, place, thing, or situation can be interpreted in so many valid ways.
I believe that I have two ears, two eyes and one mouth intentionally, so I listen and observe more than I talk, she explains. As a result, I think I m better able to respect and appreciate diversity. Rana s inspiration for writing What Does It Mean To Be Global? was the election of President Barack Obama and explaining its significance, on so many levels, to her children.
Rana has written her way through life as a student, a lawyer, an investment banker, a private equity investor, and now as an author and publisher of children s picture books. Her interests include practicing yoga, reading non-fiction, dreaming, effecting positive change, and, of course, being global, green, and present. She lives in Tiburon, California with her three Little Pickles.
Illustrator Bio:


Chris Hillwas born and raised in London, Canada. After graduating from university with a degree in psychology, she filled her backpack with a few of her favorite items, including a sketch pad and some Sharpie pens, and traveled to California for an excursion. She never left. Chris became a teacher in San Francisco, where she enjoyed teaching art to her kindergarteners, and used her whimsical cartoon characters to entertain and motivate her middle school students.

After over a decade of teaching and honing her own artistic skills, Chris opened Mackie Mack, a purveyor of handmade stationery, invitations, and canvases. Her wit, creativity, and innate sense of people make her happy characters come alive. While illustratingWhat Does It Mean To Be Global?, I was inspired by the idea that a single kind gesture could change another person s view of the world and herself, she explains, and the idea that this positive energy might be contagious, leading to a more peaceful and purposeful life for everyone.

Visit Chris on the web atwww.mackiemack.com.

"
If the item details above aren’t accurate or complete, we want to know about it. Report incorrect product info.