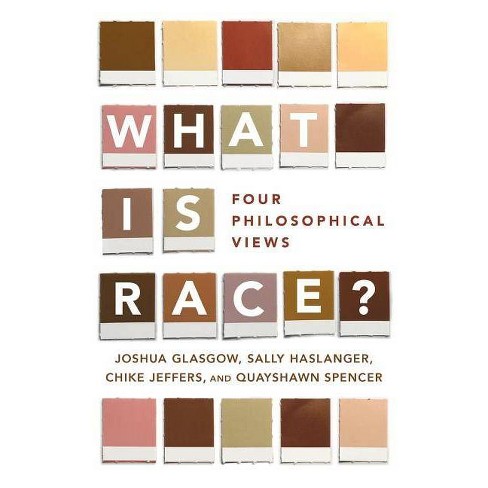 Joshua Glasgow is Associate Professor of Philosophy at Sonoma State University, where he also served as Director of the Center for Ethics, Law, and Society. He has published numerous works in philosophy of race, moral philosophy, and other areas of philosophy. His previous book, A Theory of Race (Routledge), was published in 2009. Sally Haslanger is Ford Professor of Philosophy and Women's and Gender Studies at MIT. She has published broadly in metaphysics, epistemology, feminist theory, and critical race theory. Her book Resisting Reality: Social Construction and Social Critique (OxfordIn 2015, she was the Spinoza Professor at the University of Amsterdam and Koninklijke Van Gorcum, 2017). In 2013-14, she served as the President of the American Philosophical Association, Eastern Division and in 2015 she was elected to the American Academy of Arts and Sciences. Chike Jeffers is an Associate Professor of Philosophy at Dalhousie University in Halifax, Nova Scotia. He specializes in Africana philosophy and philosophy of race, with broad interests in social and political philosophy and ethics. He is the editor of Listening to Ourselves: A Multilingual Anthology of African Philosophy (SUNY Press, 2013) and he is currently working on a book-length introduction to the philosophical thought of W.E.B. Du Bois. With Peter Adamson, he is the co-author of the History of Africana Philosophy, a series of podcasts forming part of Adamson's acclaimed History of Philosophy Without Any Gaps. Quayshawn Spencer is the Robert S. Blank Presidential Associate Professor of Philosophy at the University of Pennsylvania. He has a PhD in philosophy and an MS in biology from Stanford University. He specializes in philosophy of science, philosophy of biology, and philosophy of race. His research in the metaphysics of race has appeared in such journals as Philosophy of Science and Philosophical Studies, and has been funded by the Ford Foundation and the National Science Foundation. He is the editor of The Race Debates from Metaphysics to Medicine, a forthcoming edited volume with Oxford University Press. He is also an editorial board member for Ergo, Biology & Philosophy, and Critical Philosophy of Race.
If the item details above aren’t accurate or complete, we want to know about it. Report incorrect product info.