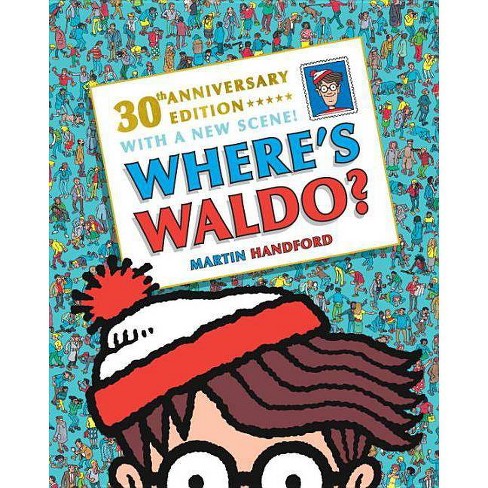 3.8 out of 5 stars with 4 reviews
44 ratings1 Question1 Question questions
Help us improve this page

Martin Handford began his career as a freelance illustrator specializing in drawing crowd scenes for numerous clients. The turning point came when
he was asked to create a book showcasing his singular talent, and the character Waldo was born. "I can't tell you how pleased I am that Waldo has taken on a life of his own," says the man behind the Waldo books. "I'd like to inspire children - to open their minds, to explore more subjects, and to just be aware of what's going on around them. I'd like them to see wonder in places that might not have occurred to them."

"With a special letter from Waldo and a celebratory extra scene teeming with familiar faces. Wow!"--Back cover.

Where's Waldo? Celebrating his thirtieth anniversary! Following Waldo on his very first wanderings is more exciting (and challenging) than ever in this special anniversary edition of his international debut. Waldo weighs in with a letter about his three decades on the go, and, in a clever twist, the book's finale repeats Waldo's opening scene -- but with a whole new population and things to look for.
If the item details above aren’t accurate or complete, we want to know about it. Report incorrect product info.