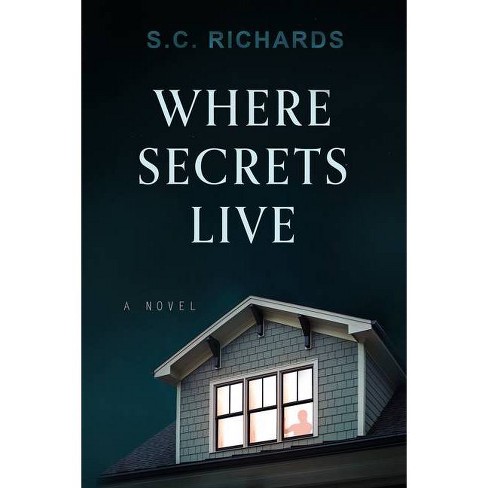 In the vein of Wendy Walker and Karen Dionne, this twisted family saga speaks to dark family secrets and how some families will kill to keep them. Raised by stepparents after the loss of their birth parents, Liz and Meredith McCallister are the only constants in each other's lives--until Meredith is murdered in her lake home. Devastated by the loss, Liz becomes desperate to know why Meredith was killed. But the more she digs into her sister's past, the uglier the story gets. As a teenager, Meredith gave up a child for adoption. When Liz meets her niece for the first time, she finds an angry, troubled teenager, whose reappearance in her mother's life may have been the catalyst that got Meredith killed. When Liz digs deeper into her sister's life and murder, she finds that their family had many buried secrets. But as Liz uncovers the truth, she realizes that not all secrets were meant to come to light, and her efforts have drawn the attention of someone who is determined to keep the past hidden--even if the cost is Liz's life.

Praise for Where Secrets Live
"'Once you know a thing, you can never unknow it.' This truth has devastating consequences for the protagonist of S.C. Richards' fast-paced thriller Where Secrets Live as she seeks to solve her sister's murder and uncovers a startling array of family and other secrets. A twisty, surprising and satisfying read!"
--Nina Sadowsky, author of Privacy

S. C. Richards was born in Omaha, Nebraska and has spent most of her life in the Midwest.
She has a BA and M.Ed in education has completed post-graduate work in the field of Special Education and Learning Technology. She spent time as a classroom teacher, but has also worked in a variety of businesses over the years. One of her favorite work experiences was as a freelance greeting card writer.
After graduate school, she moved to the Pacific Northwest, later returning to Northern Minnesota to be closer to her family. Every winter, she wonders what the hell she was thinking.