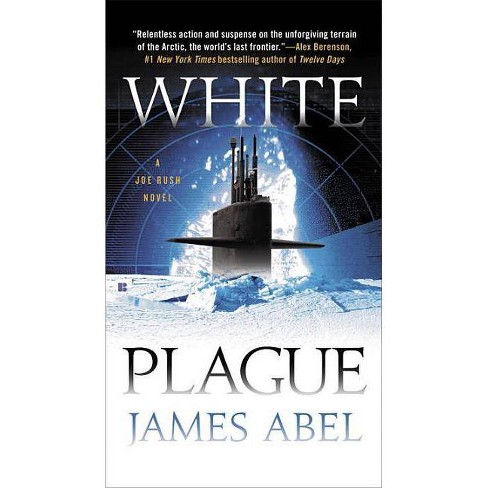 $8.79
0 out of 5 stars with 0 reviews
be the first!be the first! ratings
Shipping
Free standard shipping with RedCard
Help us improve this page

"In White Plague, James Abel reworks one of the great tragedies of the early 20th Century into the material of a believable, hard-driving thriller of the modern arctic. Fast, well-written entertainment wrapped around something to think about."--John Sandford, #1 New York Times Bestselling Author of Field of Prey "White Plague will make you shiver with both cold and terror. James Abel becomes your expert guide into the Arctic--and into a frightening scenario that's all too believable." --Tom Young, author of The Mullah's Storm "White Plague delivers relentless action and suspense on the unforgiving terrain of the Arctic, the world's last frontier."--Alex Berenson, #1 New York Times Bestselling Author of The Secret Soldier "The White Plague sinks its hooks into the reader on page one and never lets go. It combines the military action of Tom Clancy with the scientific adventure of Michael Crichton and places it all in the Arctic setting of classic Alistair Maclean. Joe Rush is a great new action hero: highly capable, painfully honest, acutely scarred by his past, and brilliantly engaging. I look forward to more!"--David Bell author of The Forgotten Girl "[Abel] is a solid, cleanly efficient writer who knows how to stage an action scene and, just as important, is a master of this chilled universe...Effective flashbacks and unfolding events keep the pages turning. Joe Rush makes a strong debut against dangerous odds in the Arctic, and so does Abel."--Kirkus Reviews "Well-written...Abel piles plenty of trouble on Joe and his gang....The unusual Arctic location is a plus."--Publishers Weekly "Evoking both Michael Crichton's medical thrillers and Tom Clancy's The Hunt for Red October, this is a very tightly written first novel."--Booklist "[Abel is] an author who has the gift of creating page-turning fiction that reads like non-fiction. White Plague is so believable it feels like the author is reporting actual events. Readers will eagerly be awaiting the next adventure featuring Joe Rush."--The Associated Press "Akin to John Carpenter's brilliant film The Thing...A true white-knuckle race for survival set against the backdrop of the classic ticking clock. Superior storytelling in the tradition of James Rollins that's pure fun."--Providence Journal
If the item details above aren’t accurate or complete, we want to know about it. Report incorrect product info.