Who Should Rule at Home? - by Joyce D Goodfriend (Hardcover) 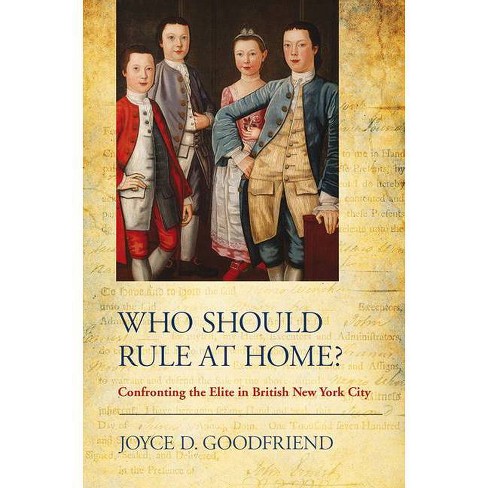 $39.95
undefined out of 5 stars with 0 reviews
be the first!be the first! ratings
Help us improve this page

In Who Should Rule at Home? Joyce D. Goodfriend argues that the high-ranking gentlemen who figure so prominently in most accounts of New York City's evolution from 1664, when the English captured the small Dutch outpost of New Amsterdam, to the eve of American independence in 1776 were far from invincible and that the degree of cultural power they held has been exaggerated. The urban elite experienced challenges to its cultural authority at different times, from different groups, and in a variety of settings.

Goodfriend illuminates the conflicts that pitted the privileged few against the socially anonymous many who mobilized their modest resources to creatively resist domination. Critics of orthodox religious practice took to heart the message of spiritual rebirth brought to New York City by the famed evangelist George Whitefield and were empowered to make independent religious choices. Wives deserted husbands and took charge of their own futures. Indentured servants complained or simply ran away. Enslaved women and men carved out spaces where they could control their own lives and salvage their dignity. Impoverished individuals, including prostitutes, chose not to bow to the dictates of the elite, even though it meant being cut off from the sources of charity. Among those who confronted the elite were descendants of the early Dutch settlers; by clinging to their native language and traditional faith they preserved a crucial sense of autonomy.