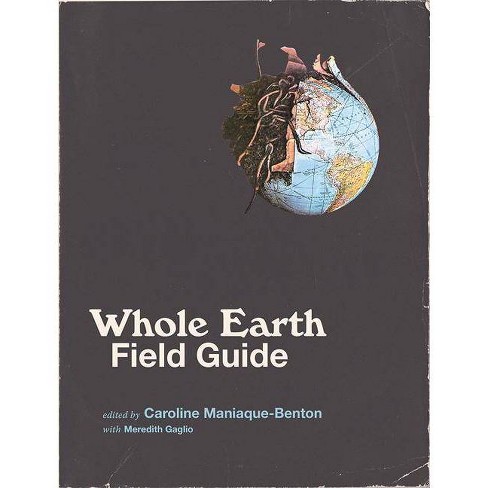 A source book for American culture in the 1960s and 1970s: "suggested reading" from the Last Whole Earth Catalog, from Thoreau to James Baldwin.

A source book for American culture in the 1960s and 1970s: "suggested reading" from the Last Whole Earth Catalog, from Thoreau to James Baldwin.

The Whole Earth Catalog was a cultural touchstone of the 1960s and 1970s. The iconic cover image of the Earth viewed from space made it one of the most recognizable books on bookstore shelves. Between 1968 and 1971, almost two million copies of its various editions were sold, and not just to commune-dwellers and hippies. Millions of mainstream readers turned to the Whole Earth Catalog for practical advice and intellectual stimulation, finding everything from a review of Buckminster Fuller to recommendations for juicers. This book offers selections from eighty texts from the nearly 1,000 items of "suggested reading" in the Last Whole Earth Catalog.

After an introduction that provides background information on the catalog and its founder, Stewart Brand (interesting fact: Brand got his organizational skills from a stint in the Army), the book presents the texts arranged in nine sections that echo the sections of the Whole Earth Catalog itself. Enlightening juxtapositions abound. For example, "Understanding Whole Systems" maps the holistic terrain with writings by authors from Aldo Leopold to Herbert Simon; "Land Use" features selections from Thoreau's Walden and a report from the United Nations on new energy sources; "Craft" offers excerpts from The Book of Tea and The Illustrated Hassle-Free Make Your Own Clothes Book; "Community" includes Margaret Mead and James Baldwin's odd-couple collaboration, A Rap on Race. Together, these texts offer a sourcebook for the Whole Earth culture of the 1960s and 1970s in all its infinite variety.

Caroline Maniaque-Benton is Professor of the History of Architecture and Design at the Ecole Nationale Supérieure d'Architecture Normandie. She is the author of French Encounters with the American Counterculture 1960-1980 and other books. Meredith Gaglio is a doctoral candidate at Columbia University. Herbert A. Simon (1916-2001) was an influential psychologist and political scientist, awarded the 1978 Nobel Prize in Economics and the 1975 Turing Award (with Allen Newell). His many published books include Models of Bounded Rationality and Models of My Life (both published by the MIT Press).. Norbert Wiener (1894-1964) served on the faculty in the Department of Mathematics at MIT from 1919 until his death. In 1963, he was awarded the National Medal of Science for his contributions to mathematics, engineering, and biological sciences. He was the author of many books, including Norbert Wiener--A Life in Cybernetics and the National Book Award-winning God & Golem, Inc.: A Comment on Certain Points Where Cybernetics Impinges on Religion (both published by the MIT Press). Nicholas Negroponte is founding Chairman of the MIT Media Lab, Media Lab Europe, and the 2B1 Foundation, a nonprofit dedicated to bringing computer access to the most remote and poorest parts of the world. Jasia Reichardt, a writer on art, has worked as an assistant editor at the London-based Art News and Review, Assistant Director of the influential Institute of Contemporary Art in London, and Director of the Whitechapel Gallery in London. Since 1990, she has organized and edited the catalog of the Themerson archive with her husband, the art historian and artist Nick Wadley (1935-2017).
If the item details above aren’t accurate or complete, we want to know about it. Report incorrect product info.