Why Would I Lie? - by Adi Rule (Hardcover) 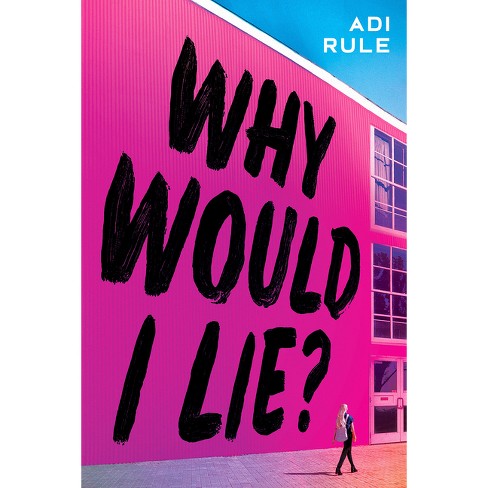 Viveca North is determined to be the valedictorian at her prep school, but when the new boy Jamison Sharpe, whom she is convinced is a fraud, threatens her goal, she sets out to uncover the truth behind his deceit.

A ripped-from-the-headlines thriller about a charismatic, mysterious valedictorian . . . and the only girl brave enough to try to bring him down.

Viveca North works harder and smarter -- and it'll all be worth it when she's named valedictorian and granted admission to her dream school, the elite Everett College. All her sacrifices are finally about to pay off. That is, unless the mysterious new guy at school, Jamison Sharpe, steals valedictorian out from under her.

Jamison is popular, charming, and funny, and school comes easily to him. Viveca knows he can't really be all that he seems, but everyone completely dismisses her concerns. Soon, Viveca is obsessed with proving that Jamison is a fraud. But the deeper she gets into uncovering what she believes to be a web of lies and deceit, the closer her dreams come to unraveling once and for all.

Is the school golden boy really lying, or is she as paranoid as everyone thinks?

In this suspenseful psychological thriller Adi Rule weaves the unforgettable story of a girl who refuses to be silenced, and who won't back down from what she knows she deserves.

Praise for Why Would I Lie?:

Viveca's fixation on her grades at the expense of genuine passion or intrinsic interest, all while pushing away friendships, delivers a nuanced depiction of burnout. -- Kirkus