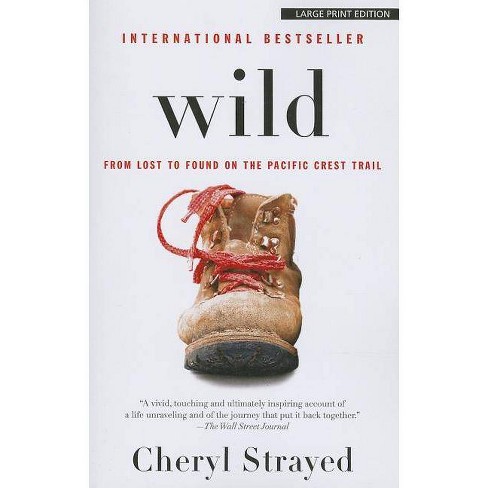 "A rich, riveting true story . . . During her grueling three-month journey, Strayed circled around black bears and rattlesnakes, fought extreme dehydration by drinking oily gray pond water, and hiked in boots made entirely of duct tape. Reading her matter-of-fact take on love and grief and the soul-saving quality of a Snapple lemonade, you can understand why Strayed has earned a cult following as the author of Dear Sugar, a popular advice column on therumpus.net. . . . With its vivid descriptions of beautiful but unforgiving terrain, "Wild" is a cinematic story, but Strayed's book isn't really about big, cathartic moments. The author never 'finds herself' or gets healed. When she reaches the trail's end, she buys a cheap ice cream cone and continues down the road. . . . It's hard to imagine anything more important than taking one step at a time. That's endurance, and that's what Strayed understands, almost 20 years later. As she writes, 'There was only one [option], I knew. To keep walking.' Our verdict: A." --Melissa Maerz, "Entertainment Weekly"
"Strayed's journey was as transcendent as it was turbulent. She faced down hunger, thirst, injury, fatigue, boredom, loss, bad weather, and wild animals. Yet she also reached new levels of joy, accomplishment, courage, peace, and found extraordinary companionship." --Marjorie Kehe, "Christian Science Monitor"
"It's not very manly, the topic of weeping while reading. Yet for a book critic tears are an occupational hazard. Luckily, perhaps, books don't make me cry very often. Turning pages, I'm practically Steve McQueen. Strayed's memoir, "Wild," however, pretty much obliterated me. I was reduced, during her book's final third, to puddle-eyed cretinism. I like to read in coffee shops, and I began to receive concerned glances from matronly women, the kind of looks that said, 'Oh, honey.' To mention all this does Strayed a bit of a disservice, because there's nothing cloying about "Wild." It's uplifting, but no
If the item details above aren’t accurate or complete, we want to know about it. Report incorrect product info.