Window on the Bay - Large Print by Debbie Macomber (Paperback) 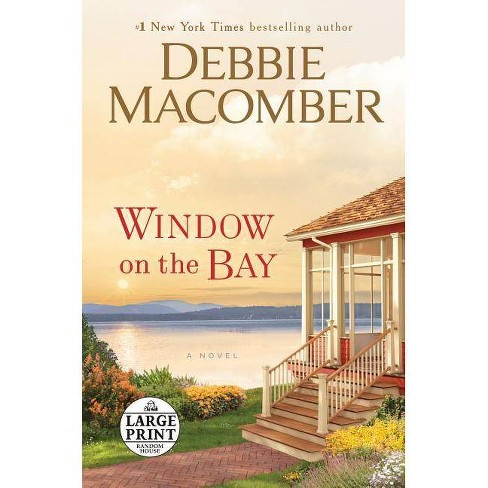 Jenna Boltz's life is at a crossroads. After a messy divorce from her surgeon husband nearly twenty years ago, she raised her two children on her own, juggling motherhood with her beloved job as a Seattle intensive-care nurse. Now that Paul and Allie have gone to college and moved out, Jenna can't help but wonder what her future holds. Her best friend, Maureen, is excited for Jenna's newfound independence. Now is the perfect time to finally book the trip to Paris they've been dreaming of since their college days. But when it comes to life's other great adventure--dating--Jenna still isn't sure she's ready to let love in . . . until an unexpected encounter begins to change her mind. When Jenna's elderly mother breaks her hip, Dr. Rowan Lancaster saves the day. Despite his silent, stoic exterior, Rowan is immediately smitten with Jenna. And even though Jenna is hesitant about becoming involved with another surgeon, she has to admit that she's more than a little intrigued. But when Jenna's children approach her with shocking news, she realizes that she needs to have faith in love and embrace the unexpected--before the life she has always dreamed of passes her by.

"This heartwarming story sweetly balances friendship and mother-child bonding with romantic love."--Kirkus Reviews "Macomber's work is as comforting as ever."--Booklist

Debbie Macomber, the author of Cottage by the Sea, Any Dream Will Do, If Not for You, and the Rose Harbor Inn series, is a leading voice in women's fiction. Thirteen of her novels have reached #1 on the New York Times bestseller lists, and five of her beloved Christmas novels have been hit movies on the Hallmark Channel, including Mrs. Miracle and Mr. Miracle. Hallmark Channel also produced the original series Debbie Macomber's Cedar Cove, based on Macomber's Cedar Cove books. She is also the author of the cookbook Debbie Macomber's Table. There are more than 200 million copies of her books in print worldwide.
If the item details above aren’t accurate or complete, we want to know about it. Report incorrect product info.