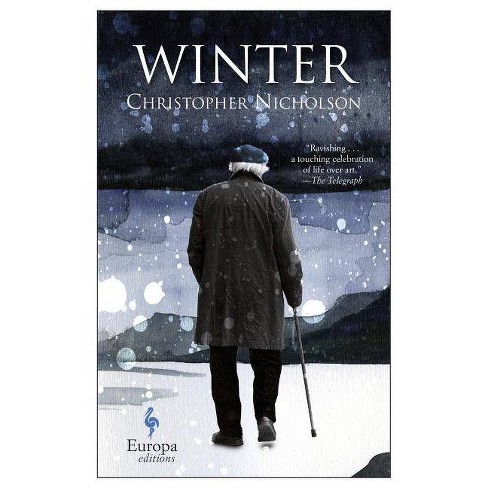 $14.79
MSRP$17.00
no reviews yet
be the first!be the first! ratings
Shipping
Free standard shipping with RedCard
Loading, please wait...
Help us improve this page

"As should be evident, the complexly layered "Winter" is a book for grown-ups, one that finds the acme of human happiness in a young mother looking out at a starry winter's night, while she holds her baby in her arms."
--Michael Dirda, Washington Post
"Winter is quietly intelligent and compassionate, but what stands out most is that it is gorgeously, gorgeously written in prose so elegantly crafted that it becomes, paradoxically, almost invisible. it never shouts, never startles, just moves lithely along with an almost miraculous sense of rightness."
--The Minneapolis Star Tribune
"It is brave to set yourself up for comparison with an author as great as Hardy, but this poetic and unashamedly literary book is good enough not to be embarassed by the company it seeks to keep."
--Paul Dunn, The Times (UK)
"Hardy's story becomes a meditation on love, regret, and an elusive yearning for happiness. Elegant, lyrical, and absorbing"--Kirkus Reviews (Starred Review)
"[Winter] is written in a prose of such quality that one does not notice the quality-to describe it as craftsmanlike doesn't do it justice. It is a prose beyond accomplishment, yet which refuses to astonish, and which is utterly appropriate."--The Guardian
"A gently elegiac tone permeates the novel, with its ravishing, appropriately Hardyesque sense of the intimate connection between landscape and emotion...a touching celebration of life over art."
--The Telegraph

"Nicholson succeeds in sounding very much like Hardy, with brilliantly realized landscape and settings."
--Booklist
"Nicholson's lyrical prose recalls Hardy's own fascination with time and place while humanizing a literary figure known for his obsession with love."
--World Literature Today