With My Eyes Wide Open - by Brian "Head" Welch (Paperback) 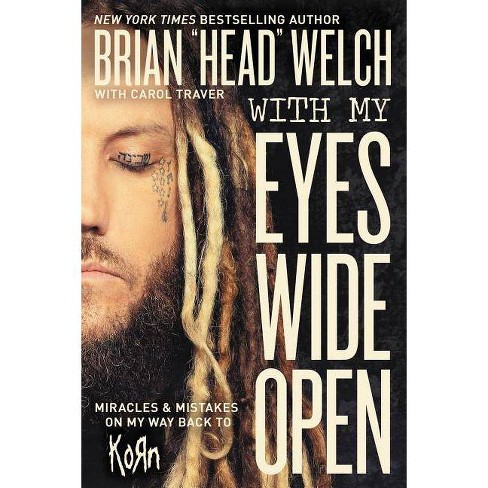 The lead guitarist of Grammy Award-winning mega-band KoRn tells the incredible story of his life after leaving the hardcore music scene and of God leading him back to the band--now in paperback.

He left KoRn to help himself. He went back to help others. And along the way, he nearly lost everything.

A life-changing spiritual awakening freed Brian "Head" Welch from a stranglehold of drugs and alcohol and prompted him to leave the highly successful nu-metal band KoRn in 2005. What followed was a decade-long trial by fire, from the perils of fathering a teen lost in depression and self-mutilation to the harsh realities of playing solo and surviving the shattering betrayal of a trusted friend. In this intensely inspiring redemption saga, perhaps most inspiring is Brian's radical decision to rejoin KoRn and reconcile with the tribe of people he once considered family in the metal music scene.

Brian returned to his musical roots with a clear head and a devoted heart. Though his story is wild, hilarious, and deeply poignant, the message is simple: God will love you into the freedom of being yourself, as long as you keep the relationship going and never, ever quit.