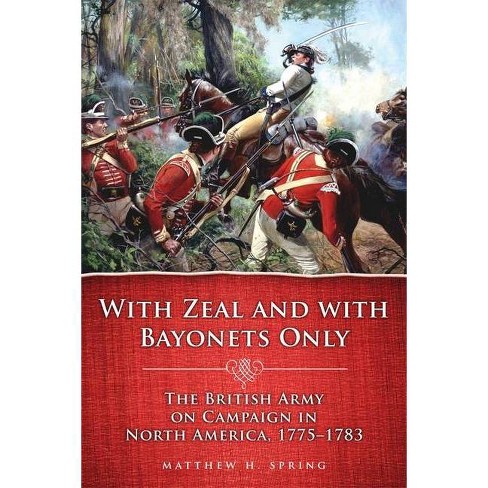 This groundbreaking book offers a new analysis of the British Army during the "American rebellion" at both operational and tactical levels. Presenting fresh insights into the speed of British tactical movements, Spring discloses how the system for training the army prior to 1775 was overhauled and adapted to the peculiar conditions confronting it in North America.

First scrutinizing such operational problems as logistics, manpower shortages, and poor intelligence, Spring then focuses on battlefield tactics to examine how troops marched to the battlefield, deployed, advanced, and fought. In particular, he documents the use of turning movements, the loosening of formations, and a reliance on bayonet-oriented shock tactics, and he also highlights the army's ability to tailor its tactical methods to local conditions.

Written with flair and a wealth of details that will engage scholars and history enthusiasts alike, With Zeal and with Bayonets Only offers a thorough reinterpretation of how the British Army's North American campaign progressed and invites serious reassessment of most of its battles.