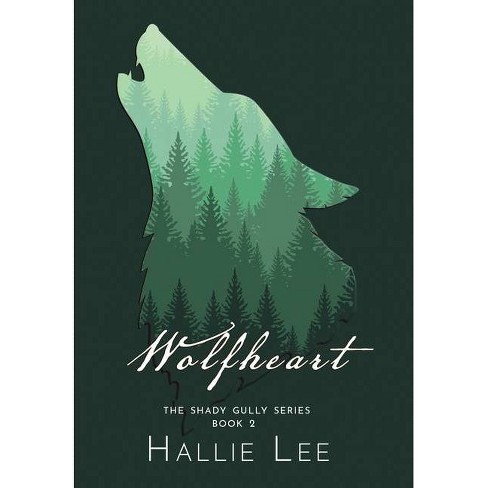 WOLFHEART...earned his reputation as the town low life, inciting unrest and corrupting the youth with his home-grown product. But now, it's five years later, and the scoundrel is an upstanding citizen. Or is he?

A torrential storm upends Shady Gully, and its citizens wake to the news that Wolfheart's beloved sister, Peony, has been brutally murdered.

WOLFHEART...earned his reputation as the town low life in Book One, inciting unrest and corrupting the youth with his home-grown product and signature scowl. But now, it's five years later, and the scoundrel from across the creek is an upstanding citizen, a church-streamer, and a doting brother and uncle. Or is he?

LUKE...Desi and Lenny's eldest son, feels responsible for Shady Gully. Always the serious one, Luke carries the weight of the town's progress-or lack thereof-on his tense shoulders. Even as the community rolls their eyes as he expounds incorporation, Luke is determined to present Shady Gully with the amenities it deserves.

SHERIFF RICK...inherited the job when the last ornery official went and had a heart attack. Reluctant to trade his easy life of coasting to one of accountability, Ricky is surprised to find that the office gives him purpose.

As the fates of these three uncompromising and principled men collide, another body is discovered, and Shady Gully explodes in chaos and violence. When Wolfheart is finally led away in handcuffs, he has only one thought:

How can he protect his niece and her daughter from the same fate as his sister?