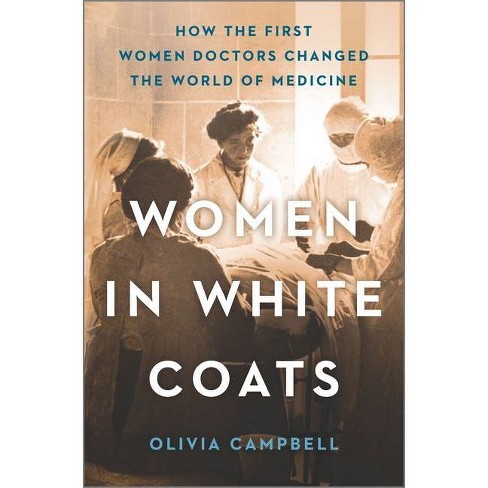 Documents the true stories of three pioneering women who defied Victorian-era boundaries to become the first women doctors, discussing how they banded together to support each other and advocate for women's health in a male-dominated field.

For fans of Hidden Figures and Radium Girls comes the remarkable story of three Victorian women who broke down barriers in the medical field to become the first women doctors, revolutionizing the way women receive health care.

In the early 1800s, women were dying in large numbers from treatable diseases because they avoided receiving medical care. Examinations performed by male doctors were often demeaning and even painful. In addition, women faced stigma from illness--a diagnosis could greatly limit their ability to find husbands, jobs or be received in polite society.

Motivated by personal loss and frustration over inadequate medical care, Elizabeth Blackwell, Elizabeth Garrett Anderson and Sophia Jex-Blake fought for a woman's place in the male-dominated medical field. For the first time ever, Women in White Coats tells the complete history of these three pioneering women who, despite countless obstacles, earned medical degrees and paved the way for other women to do the same. Though very different in personality and circumstance, together these women built women-run hospitals and teaching colleges--creating for the first time medical care for women by women.

With gripping storytelling based on extensive research and access to archival documents, Women in White Coats tells the courageous history these women made by becoming doctors, detailing the boundaries they broke of gender and science to reshape how we receive medical care today.

"A fascinating, absorbing, and inspiring account of three women who set out to become doctors at a time when female doctors were desperately needed but hard to find. By overcoming obstacles of professional discrimination, personal heartaches, and societal suspicions, these women realized their dreams and changed the world." -- Nina Sankovitch, bestselling author of American Rebels "Olivia Campbell's Women in White Coats is a lovingly rendered, joyfully expressed history of extraordinary medical women. With a storyteller's flair, Campbell chronicles their struggles, setbacks, and stridently hard-won triumphs across decades and continents. I emerged from the book both humbled and inspired." -- Rachel Vorona Cote, author of Too Much: How Victorian Constraints Still Bind Women Today "An engrossing portrait of a transformative moment in Victorian medicine, when women doctors demanded the right to heal and be healed. Their battle was collective, and their hard-won triumph is ours. Women in White Coats is a timely reminder of just how many hands it takes to move mountains." -- Claire L. Evans, author of Broad Band: The Untold Story of the Women Who Made the Internet "Campbell's extensive research and lucid writing about medical matters impress. This entertaining account adds a valuable chapter to the history of women and medicine." -- Publishers Weekly

The Double Life of Katharine Clark - by Katharine Gregorio (Paperback)

From The Beginning - by Elise Campbell (Paperback)