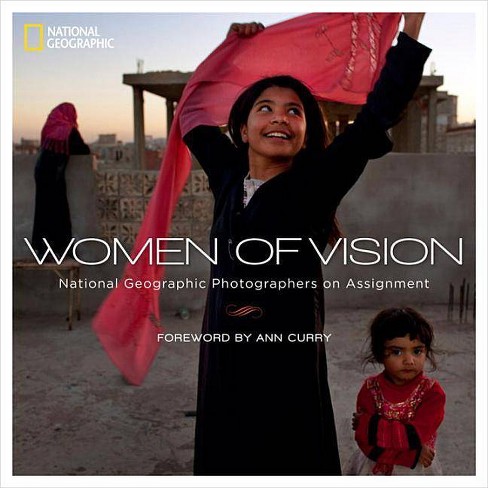 $30.00
no reviews yet
be the first!be the first! ratings
Shipping
Not available
Help us improve this page

NATIONAL GEOGRAPHIC is one of the world's leading nonfiction publishers, proudly supporting the work of scientists, explorers, photographers, and authors, as well as publishing a diverse list of books that celebrate the world and all that is in it. National Geographic Books creates and distributes print and digital works that inspire, entertain, teach, and give readers access to a world of discovery and possibility on a wide range of nonfiction subjects from animals to travel, cartography to history, fun facts to moving stories. A portion of all National Geographic proceeds is used to fund exploration, conservation, and education through ongoing contributions to the work of the National Geographic Society. Ann Curry is a former NBC News national and international correspondent/anchor, and Today show anchor at large. She was also the Dateline NBC anchor from 2005 to 2011. Curry has distinguished herself in global humanitarian reporting, especially regarding events in Darfur, Chad, the Congo, and Kosovo. She has received numerous Emmy Awards among other prestigious recognitions. Chris Johns, former editor in chief of National Geographic magazine, was named Newspaper Photographer of the Year in 1979 while a staff photographer for The Topeka Capital-Journal. Before joining National Geographic in 1995 and becoming senior editor of illustrations in 2001, he worked as a freelance photographer for Life, Time, and National Geographic. The author of Valley of Life: Africa's Great Rift, he lives with his family on a farm in Virginia's Blue Ridge Mountains. Elizabeth Krist is a former National Geographic senior photo editor who has also worked at Fortune and Asia. She curated the images in the book Women of Vision: National Geographic Photographers on Assignment and its accompanying exhibition. Her favorite pastime is visiting galleries and museums in new cities. She lives in Washington, DC. Rena Silverman is a photography writer and aspiring lutenist (player of the lute). She is a regular contributor to the New York Times' Lens blog, for which she has written about India's earliest photographs, August Sander, Sylvia Plachy, and, once, an auction involving the Polish government and a group of Marilyn Monroe photographs. Silverman is also the author of the book Women of Vision: National Geographic Photographers on Assignment. She lives in Manhattan with her lute and traveling Royal typewriter.
If the item details above aren’t accurate or complete, we want to know about it. Report incorrect product info.