Wrapped Up in Christmas Joy - by Janice Lynn (Paperback) 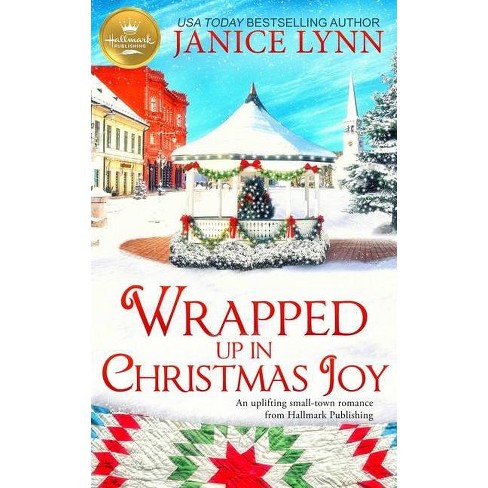 $12.79
undefined out of 5 stars with 0 reviews
be the first!be the first! ratings
Help us improve this page

When a quilt shop owner finds a former Marine's journal, she longs to heal his heart...

When Sophie Davis sorts through a box of donated books to her church, she's surprised to find a soldier's journal. As the daughter of a veteran who watched her father struggle over the years, she feels a deep connection to the man who wrote the emotional entries.

Former Marine Cole Aaron battled to find peace after returning to civilian life. He's always needed to protect others. Now, fighting fires helps him put out the demons within him. He's embracing his life in Pine Hill, KY, and strives to call a truce with his past. When Sophie shows at the fire hall with his journal from when he'd first returned stateside, Cole can't believe it was in the box he'd donated. The book is old news and he tells her to trash it.

Sophie and Cole are drawn together as they both volunteer for their community, but it's hard for Cole to let down his guard, and he doesn't need anyone's pity. After all he's been through in the past, can he find faith in a more hopeful future...one touched by joy?