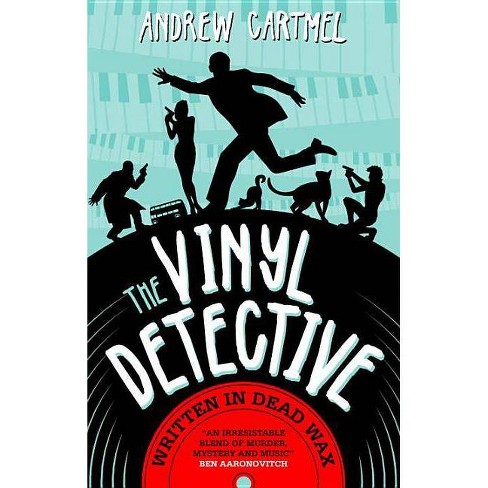 $13.39
MSRP$14.95
no reviews yet
be the first!be the first! ratings
Shipping
Not available
Help us improve this page

"This charming mystery feels as companionable as a leisurely afternoon trawling the vintage shops with a good friend." - Kirkus Reviews (starred review) "Marvelously inventive and endlessly fascinating" - Publishers Weekly "This one is all about mood (jaunty and clever, in swinging, four-four time) and frame story (jazz history mixed with geeky references to Ortofon Rohmann cartridges and Roksan Xerxes turntables). Vinyl fans, this one's for you." - Booklist "There's a colorful cast of characters, an intriguing plot (at least to a fellow record collector and jazz fan), and a nice will they/won't they subplot to keep things steamy." - San Francisco Book Review "An irresistible blend of murder, mystery and music... our protagonist seeks to find the rarest of records - and incidentally solve a murder, right a great historical injustice and, if he's very lucky, avoid dying in the process." Ben Aaronovitch, bestselling author of Rivers of London "The Vinyl Detective is one of the sharpest and most original characters I've seen for a long time." David Quantick, Emmy Award-winning producer of VEEP "Crime fiction as it should be, played loud through a valve amp and Quad speakers. No digital writing here, it's warm and rich. Every delicate pop and crackle adding character and flavour. Witty, charming and filled with exciting solos. Quite simply: groovy." - Guy Adams, critically acclaimed author of The Clown Service "Incredibly entertaining and refreshingly different" - The Crime Review "Like finding out that album you've been enjoying has been re-issued as a special double deluxe edition" - Geek Hard Show

"I honestly think this is one of the best mystery stories since The Big Lebowski!" - Atomic Moo "a leisurely, enjoyable read ...engaging to the end. Music fans--and obviously record collectors--will all get a kick out of the Vinyl Detective's exploits." - Pro Sound News "honestly the best mystery I've read in a while. With fun, compelling characters, fascinating backstory, and twists and turns that kept me up late at night, I enjoyed reading this one"
18th Wall Productions "a quirky, romantic, and engaging amateur sleuth caper that's loaded with love for the genre--musical and literary--and a cast of memorable characters" - CrimeReads
If the item details above aren’t accurate or complete, we want to know about it. Report incorrect product info.