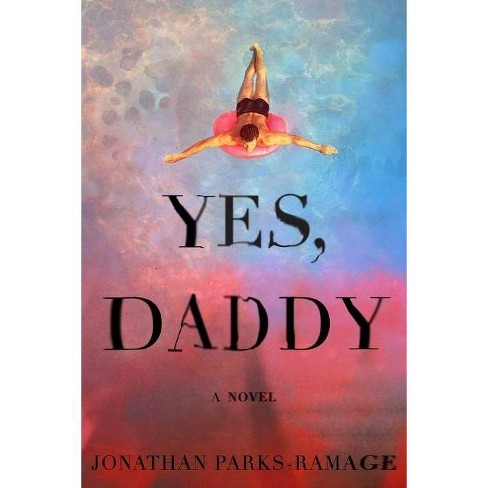 A propulsive, scorching modern gothic, Yes, Daddy follows an ambitious young man who is lured by an older, successful playwright into a dizzying world of wealth and an idyllic Hamptons home where things take a nightmarish turn.

"A gut-churning, heart-wrenching, blockbuster of a first novel . . . Parks-Ramage is an extraordinary new talent and Yes, Daddy is truly something special."
--Kristen Arnett, author of Mostly Dead Things A propulsive, scorching modern gothic, Yes, Daddy follows an ambitious young man who is lured by an older, successful playwright into a dizzying world of wealth and an idyllic Hamptons home where things take a nightmarish turn. Jonah Keller moved to New York City with dreams of becoming a successful playwright, but, for the time being, lives in a rundown sublet in Bushwick, working extra hours at a restaurant only to barely make rent. When he stumbles upon a photo of Richard Shriver--the glamorous Pulitzer Prize-winning playwright and quite possibly the stepping stone to the fame he craves--Jonah orchestrates their meeting. The two begin a hungry, passionate affair. When summer arrives, Richard invites his young lover for a spell at his sprawling estate in the Hamptons. A tall iron fence surrounds the idyllic compound where Richard and a few of his close artist friends entertain, have lavish dinners, and--Jonah can't help but notice--employ a waitstaff of young, attractive gay men, many of whom sport ugly bruises. Soon, Jonah is cast out of Richard's good graces and a sinister underlay begins to emerge. As a series of transgressions lead inexorably to a violent climax, Jonah hurtles toward a decisive revenge that will shape the rest of his life. Riveting, unpredictable, and compulsively readable, Yes, Daddy is an exploration of class, power dynamics, and the nuances of victimhood and complicity. It burns with weight and clarity--and offers hope that stories may hold the key to our healing.

Yes, Daddy is the kind of story that sticks with you and refuses to leave. Jonathan Parks-Ramage has written a gut-churning, heart-wrenching, blockbuster of a first novel. Deeply queer and deeply human, it is a book that describes what it means to be broken apart in trauma and grief and what it takes to be painfully, carefully stitched back together again. Parks-Ramage is an extraordinary new talent and Yes, Daddy is truly something special. -- Kristen Arnett, author of Mostly Dead Things

"A dark and aching account, where the treachery of powerful men preys on the bodies and minds of the young. The excesses of a Hamptons summer cannot cover up the truth of how greed and need birth abuses so visceral as to touch the surreal. Parks-Ramage takes a reader into the fiery, unblinking sights of a tortured beast." -- Samantha Hunt, author of The Dark Dark

Jonathan Parks-Ramage has written an incredibly tender, yet fearless, novel that reminds us of what it means to err, to be forgiven, to forgive, and to live. Yes, Daddy is a gem of a debut. -- De'Shawn Charles Winslow, author of In West Mills

Yes, Daddy is a deeply humane, complex account of public and private trauma in the age of fake news. Ultimately, this is a story of redemption in an era when grace seems impossible. Deeply familiar yet always surprising and--most important--well-written, this is a superb debut. -- Garrard Conley, author of Boy Erased

"Dark, twisted, and tightly plotted, Yes, Daddy is a to-the-minute thriller about sex, violence, and power. Sure to disturb and enthrall, Jonathan Parks-Rampage's shocker of a debut was made for the screen and for our cultural moment." -- Alex Marzano-Lesnevich, author of The Fact of a Body

"Jonathan Parks-Ramage's dazzling novel Yes, Daddy deftly uses desire and violence to explode the allure of New York power gays. Yet Parks-Ramage has more on his mind than a rarefied milieu; as Yes, Daddy reaches its virtuosic conclusion, it's his bruised narrator's journey to redemption that elevates the book to a kind of ecstasy. A piercing new addition to the contemporary queer canon." -- Sam Lansky, author of Broken People

Jonathan Parks-Ramage's debut novel is a queer gothic thriller you can't afford to miss. It centers on Jonah, who spends his days waiting tables and dreaming of making it in the theater world. His love affair with Richard, an award-winning playwright, may lead Jonah to the success he craves -- but a summer spent in his lover's eerie Hamptons mansion could change everything. -- Bustle, Debut Books to Look Forward to This Spring and Summer

If you're in the mood for a dark, gothic (and scary!) romance, look for Yes, Daddy by Jonathan Parks-Ramage. It's a novel about a man who schemes to meet what he thinks is Mr. Wealthy and Right but he learns when he's finally invited to Mr. Right's mansion that something is very, very wrong. You can take a book like this on vacation but don't take it to bed with you. -- Washington Blade, Spring Reads

A riveting queer novel, Yes, Daddy takes a critical look at the way power imbalances play out in relationships. -- Electric Literature, 27 Debuts to Look Forward to in the First Half of 2021

Empathetic. . . A story that offers all extremes, from verisimilitude to despair and from a lust for revenge to a longing for home. Fear settles over the reader as they wait for the next blow, making Jonah's story akin to that of the victim in Roxane Gay's An Untamed State. -- Booklist (starred review)

An unnerving examination of the relationship between Jonah, a young writer struggling in New York City, and Richard, an incredibly wealthy, much-lauded middle-aged playwright . . . In Yes, Daddy, Parks-Ramage deftly hops among multiple genres to spin an unsettling tale of abuse, betrayal, and atonement. -- Public Libraries Online

Yes, Daddy serves to remind readers that sexual assault is not an issue that only straight people face . . . This is a knockout debut, one of the most exciting of the year. Will it make you uncomfortable? Yes, Daddy. Should you still absolutely read it? Yes, Daddy. -- The Advocate, 5 Most Exciting LGBTQ+ Debut Books to Read This Summer

Page-turning . . . Parks-Ramage suffuses his narrative with a rich atmosphere, somewhere between the Gothic and The Great Gatsby. -- Lambda Literary

JONATHAN PARKS-RAMAGE's writing has been widely published in such outlets as Vice, Slate, Out, W, Atlas Obscura, Broadly, and Elle. He is an alumnus of the Bread Loaf Writers' Conference. Yes, Daddy is his debut novel.
If the item details above aren’t accurate or complete, we want to know about it. Report incorrect product info.