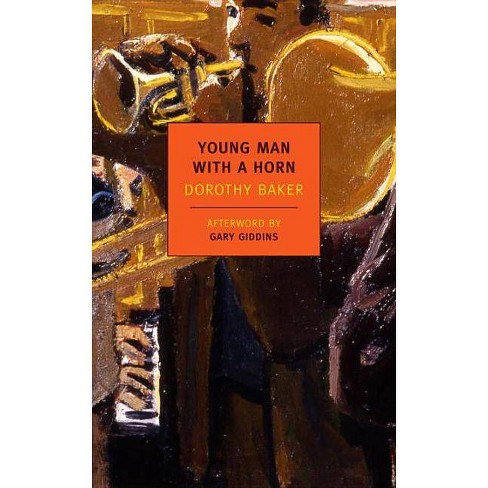 $11.79
MSRP$14.95
no reviews yet
be the first!be the first! ratings
Shipping
Free standard shipping with RedCard
Loading, please wait...
Help us improve this page

Dorothy Baker (1907-1968) was born in Missoula, Montana, in 1907 and raised in California. After graduating from UCLA, she traveled in France, where she began a novel and, in 1930, married the poet Howard Baker. The couple moved back to California, and Baker completed an MA in French, later teaching at a private school. After having a few short stories published, she turned to writing full time, despite, she would later claim, being "seriously hampered by an abject admiration for Ernest Hemingway." In 1938, she published Young Man with a Horn, which was awarded the prestigious Houghton Mifflin Literary Fellowship Award. She received a Guggenheim Fellowship in 1942 and, the next year, published Trio, a novel whose frank portrayal of a lesbian relationship proved too scandalous for the times; Baker and her husband adapted the novel as a play in 1944, but it was quickly shut down because of protests. Her final novel, Cassandra at the Wedding (also published as an NYRB Classic), examined the relationship between two exceptionally close sisters, whom Howard Baker asserted were based on both Baker herself and the couple's two daughters. Baker died in 1968 of cancer. Gary Giddins was the jazz critic for The Village Voice, where his column "Weather Bird" ran for thirty years, and is presently director of the Leon Levy Center for Biography at the Graduate Center of the City University of New York. He has contributed articles about music and movies to The New York Times, The New Yorker, The Atlantic, The Nation, Esquire, The New York Sun, and Vanity Fair, among others. He has written twelve books, including Visions of Jazz, which won the National Book Critics Circle Award in 1998, and Bing Crosby: A Pocketful of Dreams. His most recent book is Warning Shadows: Home Alone with Classic Cinema.
If the item details above aren’t accurate or complete, we want to know about it. Report incorrect product info.