Anna and the Apocalypse - by Katharine Turner & Barry Waldo (Paperback) 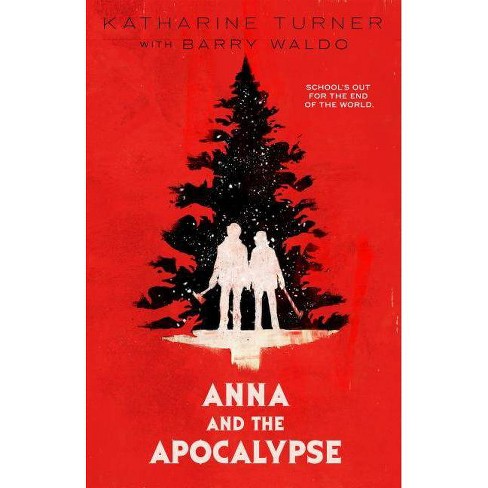 School's out for the end of the world in this horror comedy about a teenager who faces down a zombie apocalypse with a little help from her friends.

School's out for the end of the world.

Anna and the Apocalypse is a horror comedy about a teenager who faces down a zombie apocalypse with a little help from her friends.

Anna Shepherd is a straight-A student with a lot going on under the surface: she's struggling with her mom's death, total friend drama, and the fallout from wasting her time on a very attractive boy. She's looking forward to skipping town after graduation--but then a zombie apocalypse majorly disrupts the holidays season. It's going to be very hard to graduate high school without a brain.

To save the day, Anna, her friends, and her frenemies will have to journey straight to the heart of one of the most dangerous places ever known, a place famous for its horror, terror, and pain...high school.

This novel is inspired by the musical feature film, Anna and the Apocalypse--sing and slay along at home with the VOD release!

Katharine Turner is a British writer who lives in Los Angeles, California. She loves reading books, watching movies, the otters at The Los Angeles Zoo, piña coladas and getting caught in the rain.

Barry Waldo started telling stories at a young age in rural Arkansas. He went from his first job at Showbiz Pizza Place to getting an MBA at The University of Chicago Booth School. After working at Disney, he led a team crafting the story for Mattel's Monster High and worked with Little, Brown Books for Young Readers to launch the bestselling Monster High book series by Lisi Harrison. He's also worked with Shana and Ahmet Zappa to create the world of Star Darlings, and with will.i.am of the Black Eyed Peas.

When Barry found himself on a rainy train ride from London to Scotland, listening to a young Scottish gent explain how he was developing a zombie Christmas musical, Anna and the Apocalypse was born. Barry lives in Scotland with his husband.