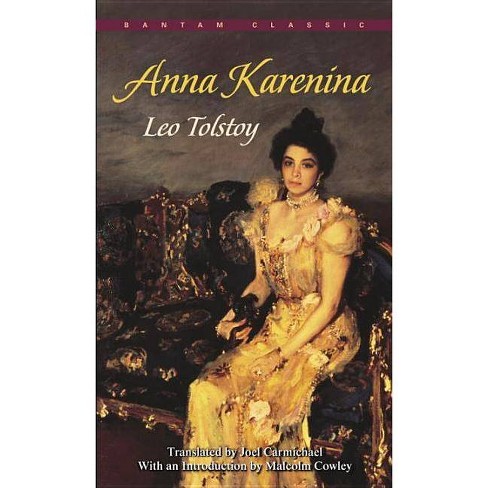 Anna Karenina is the wife of a prominant Russian government official. She leads a correct but confining upper-middle-class existence. She seems content with her life as a proper companion to her dignified, unaffectionate husband and an adoring mother to her young son, until she meets Count Vronsky, a young officer of the guards. He pursues her and she falls madly in love with him. Her husband refuses to divorce her, so she gives up everything, including her beloved son, to be with Vronsky. After a short time, Vronsky becomes bored and unhappy with their life as social outcasts. He abandons her, returns to the military and is immediately accepted back into society. Anna, a fallen woman, shunned by respectable society, throws herself under a train.

A magnificent drama of vengeance, infidelity, and retribution, Anna Karenina portrays the moving story of people whose emotions conflict with the dominant social mores of their time. Sensual, rebellious Anna falls deeply and passionately in love with the handsome Count Vronsky. When she refuses to conduct the discreet affair that her cold, ambitious husband (and Russian high society) would condone, she is doomed. Set against the tragic love of Anna and Vronsky, the plight of the melancholy nobleman Konstantine Levin unfolds. In doubt about the meaning of life, haunted by thoughts of suicide, Levin's struggles echo Tolstoy's own spiritual crisis. But Anna's inner turmoil mirrors the own emotional imprisonment and mental disintegration of a woman who dares to transgress the strictures of a patriarchal world. In Anna Karenina, Leo Tolstoy brought to perfection the novel of social realism and created a masterpiece that bared the Russian soul.

"One of the greatest love stories in world literature."
--Vladimir Nabokov

The Modern Library has played a significant role in American cultural life for the better part of a century. The series was founded in 1917 by the publishers Boni and Liveright and eight years later acquired by Bennett Cerf and Donald Klopfer. It provided the foundation for their next publishing venture, Random House. The Modern Library has been a staple of the American book trade, providing readers with affordable hardbound editions of important works of literature and thought. For the Modern Library's seventy-fifth anniversary, Random House redesigned the series, restoring as its emblem the running torch-bearer created by Lucian Bernhard in 1925 and refurbishing jackets, bindings, and type, as well as inaugurating a new program of selecting titles. The Modern Library continues to provide the world's best books, at the best prices.
If the item details above aren’t accurate or complete, we want to know about it. Report incorrect product info.