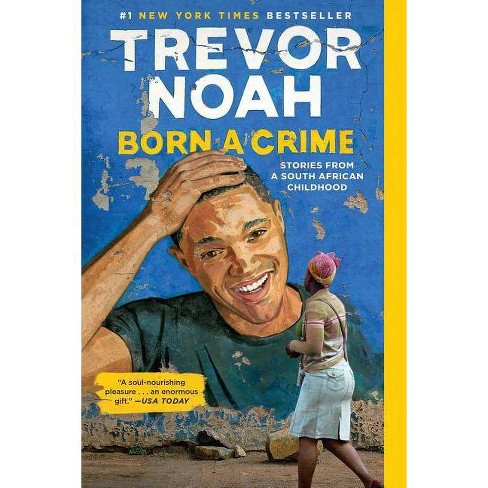 "The compelling, inspiring, and comically sublime story of one man's coming-of-age, set during the twilight of apartheid and the tumultuous days of freedom that followed."--Provided by publisher.

Such a Fun Age - by Kiley Reid

a must read for anyone

5 out of 5 stars
Would recommend
hipsterRyan - 11 months ago
I read this every year, it's my own "dare you not to cry" challenge. A touching story, filled with truth and love.
Did you find this review helpful?

5 out of 5 stars
crazyhallie - 2 years ago
This book is so fascinating and well written. Trevor Noah's life story is very interesting, but I also enjoyed how much I learned about South Africa. I have given this book to several people as presents because I enjoyed it so much!
2 guests found this review helpful. Did you?

5 out of 5 stars
Would recommend
Ana - 2 years ago
What can I say, I am an avid reader and this book is one of my all time favorites, then I got the audio book and I will be driving and laughing and then crying at some point. I will totally recommend it.
4 guests found this review helpful. Did you?

5 out of 5 stars
Would recommend
Mebecca - 2 years ago
Absolutely loved this book! A friend gave it to me for my birthday last year so happy he did because I have reread twice and so has my daughter. A perfect gift for any age!
1 guest found this review helpful. Did you?

4 out of 5 stars
Mak - 2 years ago
Excellent read. Trevor relives his early days in South Africa. A love letter to his mother that we can all relate to!
2 guests found this review helpful. Did you?

5 out of 5 stars
Would recommend
VJH - 2 years ago
Purchased for my 10 & 18 y/o grandsons and they loved it.
1 guest found this review helpful. Did you?

5 out of 5 stars
A King - 2 years ago
Great book! Well written with stories that are sad, but still warm. The price is right at Target when compared to other venues.
2 guests found this review helpful. Did you?

5 out of 5 stars
Would recommend
VT - 3 years ago, Verified purchaser
Funny, educational, fascinating!!! Highly recommend!!
2 guests found this review helpful. Did you?

5 out of 5 stars
Would recommend
Allison - 3 years ago, Verified purchaser
Inspiring, smart and hilarious! This was an amazing book.
3 guests found this review helpful. Did you?

5 out of 5 stars
Would recommend
Jojo - 4 years ago, Verified purchaser
This is a great book! I highly recommend it, even to those who are not fond of reading. It is now my favorite book.
3 guests found this review helpful. Did you?

Fun, quick read. Learned so much.

5 out of 5 stars
Would recommend
Mama - 4 years ago, Verified purchaser
So well done. A fun, edifying read.
2 guests found this review helpful. Did you?