My Journey - by Ervin Laszlo (Paperback) 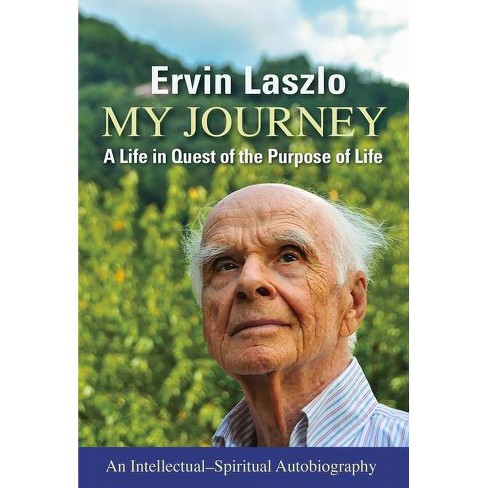 ""Systems philosopher describes the evolution of his thinking during the stages of his life, including separate identities he considers reincarnations, in a lifelong quest for answers to the enigma of human consciousness and the purpose of life. Fourteen contributors provide short essays on Laszlo's concepts of the psychophysical nature of reality and theories of cosmic consciousness"-Provided by publisher"--

In My Journey, Ervin Laszlo recounts the story of his life, describing its fundamental transformations from musician to academic to global activist. But this story is more than an entertaining read--it also conveys a message. It shows that the quest that has marked Laszlo's life is profound and meaningful, and important also for the reader. It is the quest to find the purpose that underlies our life. Laszlo marshals scientific evidence that life is not a meaningless accident, but the expression of a universal drive in nature: the drive toward the evolution of complex and coherent systems, and of the consciousness that is associated with the systems. What you do in your life impacts on you and impacts on everyone in this interdependent and interacting quantum universe. Here the reader can follow how Laszlo came across the evidence for life's purpose and how his life has been changed again and again by the pursuit of this discovery. He now communicates his life-story, the story of his quest for life's purpose, as he is convinced that it can lend meaning and significance also to the life of the reader.

"Read this book not just for the entertaining turns and transformations of the life of its author, but for understanding the quest that it seeks to communicate. Understanding and adopting this quest could help you to find the purpose of your own life." --Gregg Braden, from his Introduction

Ervin László is a Hungarian philosopher of science, systems theorist, integral theorist (and originally a concert pianist) who has published about 75 books and over 400 papers. An advocate of the theory of quantum consciousness, Laszlo has a PhD from the Sorbonne and is the recipient of four honorary PhD's (from the United States, Canada, Finland, and Hungary). His many awards and distinctions include the Peace Prize of Japan, the Goi Award (Tokyo 2002), the International Mandir of Peace Prize (Assisi 2005), and nomination for the Nobel Peace Prize (2004 and 2005).
If the item details above aren’t accurate or complete, we want to know about it.

The Immutable Laws of the Akashic Field - by Ervin Laszlo (Paperback)