Near You - by Mary Burton (Paperback) 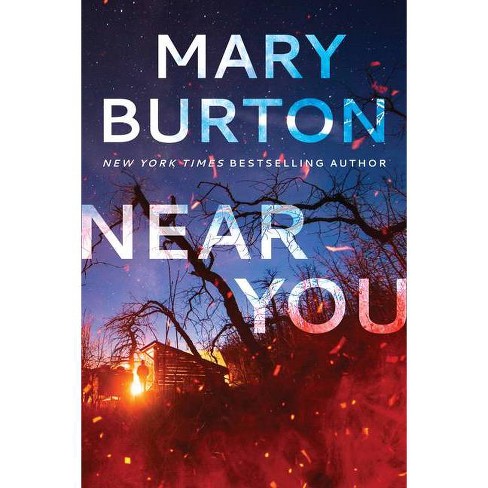 In a scorching novel of obsession and revenge, New York Times bestselling author Mary Burton ignites fear in the heart of a woman targeted by a killer who knows her secrets.

It's not hard for Ann to be reminded of the charismatic Elijah Weston, who served a decade in prison for arson--a crime that nearly cost Ann her life. Elijah may have been exonerated, but the connection to these rage killings is impossible for Ann to ignore. One of the victims has been identified as an obsessed Elijah groupie. Elijah has obsessions, too. Ever since Ann returned to town, he can't take his eyes off her. And as a mother with a secret, she's the perfect victim for an infatuated psychopath.

The deeper Ann and Bryce's investigation goes, the nearer they get to each other and to danger. After another murder hits close to home, Ann fears a clue is hidden in her own past. Only one thing terrifies her more than the reveal of her long-held secret. It's that the secret itself has put Ann into a killer's line of fire.

"The quest to uncover the killer's identity keeps the pages turning all the way to the shocking conclusion. Fans of romantic suspense will be enthralled." --Publishers Weekly (starred review)