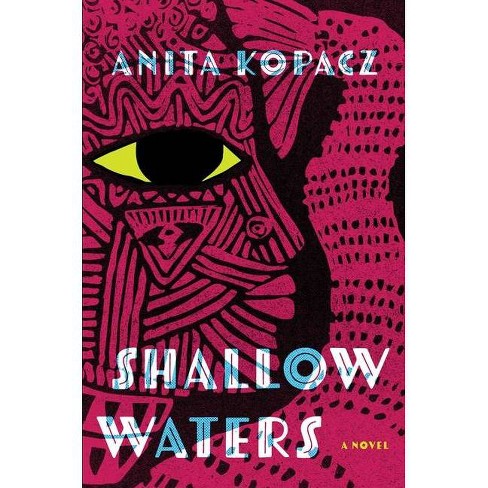 Cast into mid-1800s America, Yemaya, a deity in the religion of Africa's Yoruba people, as she grows into her powers, must confront the greatest evils of this era while searching for the man who sacrificed his own freedom for the chance at hers.

"Spellbinding...A captivating debut." --Harper's Bazaar ​ ​​In this stirring and lyrical debut novel--perfect for fans of The Water Dancer and the Legacy of Orïsha series--the Yoruba deity of the sea, Yemaya, is brought to vivid life as she discovers the power of Black resilience, love, and feminine strength in antebellum America. Shallow Waters imagines Yemaya, an Orïsha--a deity in the religion of Africa's Yoruba people--cast into mid-1800s America. We meet Yemaya as a young woman, still in the care of her mother and not yet fully aware of the spectacular power she possesses to protect herself and those she holds dear. The journey laid out in Shallow Waters sees Yemaya confront the greatest evils of this era; transcend time and place in search of Obatala, a man who sacrifices his own freedom for the chance at hers; and grow into the powerful woman she was destined to become. We travel alongside Yemaya from her native Africa and on to the "New World," with vivid pictures of life for those left on the outskirts of power in the nascent Americas. Yemaya realizes the fighter within, travels the Underground Railroad in search of the mysterious stranger Obatala, and crosses paths with icons of our history on the road to freedom. Shallow Waters is a nourishing work of ritual storytelling from promising debut author Anita Kopacz.

"A fairy tale for American adults, Anita Kopacz's spellbinding first novel imagines the Yoruban mermaid deity Yemaya as she follows a fleet of slave ships across the ocean in the mid-1800s... A captivating debut."
-- Harper's Bazaar

"Kopacz's commitment to a vision of healing even while detailing tragedies shapes this tale's themes of redemption and the universal soul. Most remarkable is Kopacz's abilty to maintain a brisk narrative pace as she delves into the weighty issues and complex experiences that shaped Yemaya's quest."
-- Booklist

"We transcend time and space as Yemaya herself grows from a tentative young woman into the powerful deity she's destined to become... this novel crosses genre as easily as it does time."
-- Buzzfeed

"A riveting and heartbreaking story strengthened by Kopacz's superb ability to create a sense of place. Fans of Ta-Nehisi Coates's The Water Dancer will want to take a look"
-- Publishers Weekly

Anita Kopacz is an award-winning writer and spiritual advisor. She is the former Editor-in-Chief of Heart & Soul Magazine and Managing Editor of BeautyCents Magazine. When she is not writing, you can find her on the dance floor or traveling the world with her children. Anita lives in New York City with her family.
If the item details above aren’t accurate or complete, we want to know about it. Report incorrect product info.