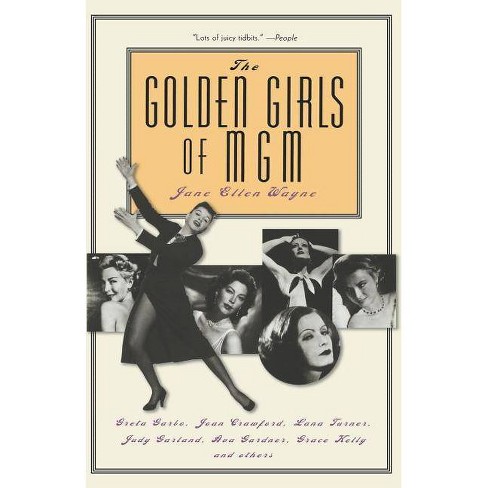 $16.99
MSRP$19.99
no reviews yet
be the first!be the first! ratings
Shipping
Free standard shipping with RedCard
Loading, please wait...
Help us improve this page

Garbo and Crawford. Ava, Hedy, Judy, Liz epitomized Hollywood's golden era. With a trembling lip or sultry eye, with a tear or song or husky whisper, these women held moviegoers across America in their sway from the hard times of the 1930s through the booming postwar years to the early sixties. They were royalty and box office, and led pampered public lives--furs, jewels, designer gowns; limousines, flash bulbs, handsome escorts--that captured the national imagination. They also signed seven-year contracts with a morals clause, and the more they slipped, the more the secret abortions, efficient cover-ups, legal legerdemain, and dropped charges bound them to the wizard in their Oz, Louis B. Mayer. The slips are here along with the successes. Here, too, are the Blonde Bombshell Jean Harlow, Million-Dollar Mermaid Esther Williams, Sweater Girl Lana Turner, and bad girl Ava Gardner ("She can't act. She can't talk. She's terrific," declared Mayer after her screen test). From Jeanette MacDonald and Norma Shearer to Princess Grace and Dame Elizabeth Taylor, the sixteen portraits in this lively, photograph-filled volume, each accompanied by the star's filmography, tell the tales that have long lay hidden behind the gossip and the glories of Metro-Goldwyn-Mayer's glamorous golden girls.
If the item details above aren’t accurate or complete, we want to know about it. Report incorrect product info.