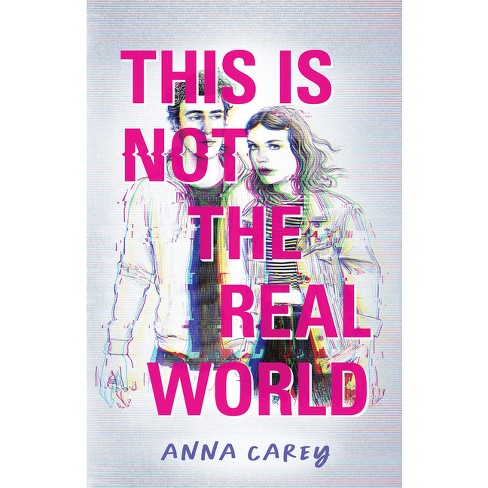 "After months of living in the outside world, Jess Flynn returns to the reality show she was unknowingly trapped in for most of her life to expose the dark truth about the production company behind the show"--

Nineties nostalgia takes a dark turn in this thrilling sequel to This Is Not the Jess Show, perfect for readers of We Were Liars and One of Us Is Lying. Months after Jess escaped from the set of Stuck in the '90s, the nostalgic reality show she believed was her real life, the teen star is getting to know the outside world for the first time. But she can't outrun her fictional life forever--or the media empire that owns it. After Like-Life Productions tracks her down and forces her boyfriend to return to the show, Jess teams up with an underground network fighting to uncover Like-Life's schemes. To expose the truth, Jess must go back to the set and take Like-Life down from the inside . . . but getting revenge might just cost her everything.

Praise for This Is Not the Jess Show "It's a dark and distorted mirror of our own extremely strange times, perfect reading for anyone who wants to feel seen without necessarily needing to be looked at."--Shondaland "I read this in a single, compulsive sitting. A fantastically smart, funny, and thoughtful thriller about how our devices manipulate and exploit our closest relationships."--Nicola Yoon, #1 New York Times bestselling author of Everything, Everything and The Sun Is Also a Star "At once thought-provoking and hilarious, This Is Not the Jess Show is a timely, incisive book so masterfully-plotted you won't want to put it down."--Tahereh Mafi, New York Times Bestselling author of the Shatter Me series and A Very Large Expanse of Sea "Nostalgic, romantic, thrilling, and with an exciting twist, I devoured This Is Not The Jess Show and didn't want it to end!"--Sara Shepard, #1 New York Times bestselling author of Pretty Little Liars and The Lying Game "A thrilling and thought-provoking ride."--Kirkus Reviews "This is Not the Jess Show goes deep in exploring how people live their lives and create their own realities--sometimes at a cost."--Foreword Reviews "The fast-paced, intricate plot ramps up Jess's paranoia and frustration, both of which are vividly expressed through her first-person narrative."--Booklist "A fun and thoughtful thriller; this YA novel will please fans of E. Lockhart and Kiera Cass."--School Library Journal "Fast paced and thrilling."--Bulletin for the Center of Children's Books

Anna Carey is the author of several books for teens including This is Not The Jess Show, This is Not the Real World, and the Eve trilogy. She lives in Los Angeles.
If the item details above aren’t accurate or complete, we want to know about it.

This Is Not the Jess Show - by Anna Carey

Weird Girl and What's His Name - by Meagan Brothers (Paperback)

This Is Not the Jess Show - by Anna Carey

Once - (Eve) by Anna Carey (Paperback)

What Happens Next?: Talent Show Troubles - by Jess Smart Smiley

In the Wolf's Lair - by Anna Starobinets (Hardcover)