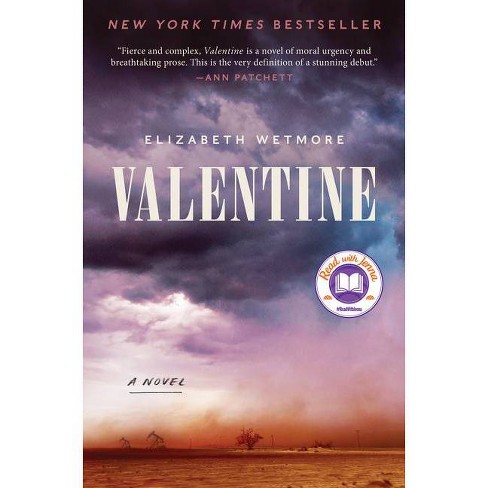 "In the early hours of the morning after Valentine's Day [in 1976], fourteen-year-old Gloria Ramâirez appears on the front porch of Mary Rose Whitehead's ranch house, broken and barely alive. The teenager had been viciously attacked in a nearby oil field--an act of brutality that is tried in the churches and barrooms of Odessa before it can reach a court of law. When justice is evasive, the stage is set for a showdown with potentially devastating consequences"--Jacket flap.

A thrilling debut that deserves your attention. -Ron Charles, the Washington Post

Written with the haunting emotional power of Elizabeth Strout and Barbara Kingsolver, an astonishing debut novel that explores the lingering effects of a brutal crime on the women of one small Texas oil town in the 1970s.

It's February 1976, and Odessa, Texas, stands on the cusp of the next great oil boom. While the town's men embrace the coming prosperity, its women intimately know and fear the violence that always seems to follow.

In the early hours of the morning after Valentine's Day, fourteen-year-old Gloria Ramírez appears on the front porch of Mary Rose Whitehead's ranch house, broken and barely alive. The teenager had been viciously attacked in a nearby oil field--an act of brutality that is tried in the churches and barrooms of Odessa before it can reach a court of law. When justice is evasive, the stage is set for a showdown with potentially devastating consequences.

Valentine is a haunting exploration of the intersections of violence and race, class and region in a story that plumbs the depths of darkness and fear, yet offers a window into beauty and hope. Told through the alternating points of view of indelible characters who burrow deep in the reader's heart, this fierce, unflinching, and surprisingly tender novel illuminates women's strength and vulnerability, and reminds us that it is the stories we tell ourselves that keep us alive.

Valentine shines with strong characters, some sympathetic, others detestable, and a complex plot with narrative threads smoothly knitted together.--The Missourian "A thrilling debut. . . . Like Miriam Toews' Women Talking, Valentine is a story about how women--particularly women without much education or money--negotiate a culture of masculine brutality. This is the story of their lives in a backwater oil town in the mid-1970s, which Wetmore seems to know with empathy so deep it aches. . . . Carefully wrought and emotionally compelling." --Washington Post "It is nearly impossible for me to believe that Elizabeth Wetmore is a first-time novelist. How can a writer burst out of the gate with this much firepower and skill? VALENTINE is brilliant, sharp, tightly wound, and devastating. Wetmore has ripped the brutal, epic landscape of West Texas out of the hands of men, and has handed the stories over (finally!) to the girls and women who have always suffered, survived, and made their mark in such a hostile world. These are some of the most fully realized and unforgettable female characters I've ever met. They will stay with me.--Elizabeth Gilbert, New York Times bestselling author of City of Girls A monument to a sort of singular grace, and true grit.--Entertainment Weekly In outstanding prose, Wetmore has created a handful of extraordinary women out of the dust of West Texas, 1976. They are all so real, with their hard lives lived with absolute humanity. Valentine is both heartbreaking and thrilling, I loved it. --Claire Fuller, author of Our Endless Numbered Days Wetmore's characters offer perspectives that cross generations, socioeconomic classes and races. Yet all characters serve to showcase the resilience of women and the power that comes in deciding the direction of one's own story.--San Francisco Chronicle "Valentine, Elizabeth Wetmore's fierce and brilliant debut novel, is set in Odessa, a rough-edged West Texas town built on cattle and oil. It evokes the physicality of the place with a visceral power that recalls Cormac McCarthy, and sets out its cultural ambience and mores with the ironic clarity of Larry McMurtry. This literary landscape has been defined by men as surely as the reality it represents. Wetmore sweeps them to the sidelines, defiantly and confidently claiming West Texas for the women and girls. . . . Valentine joins the best Texas novels ever written."--Minneapolis Star Tribune "A searing, propulsive debut. . . . Through these alternating narratives, Wetmore tells a powerful story of female anger, a repressed rage against systematic sexism and racism ready to explode. . . . From its chilling opening to its haunting conclusion, this astonishing novel will resonate with many readers."--Kirkus Reviews (starred review) "A testament to the resilience of the female spirit. . . .Wetmore's prose is both beautiful and bone-true, and this mature novel hardly feels like a debut. You'll wish you had more time with each of these powerful women when it's over."--Bookpage (starred review) "Excellent. . . . Tense and riveting. . . . D.A. emerges a gritty, welcome addition to American literature's pantheon of young heroines. . . . Wetmore, a native of West Texas and graduate of the Iowa Writers' Workshop, offers with her first novel a harrowing narrative of a region she knows well, described with precision and passion."--Associated Press "Exceptional. . . .Wetmore, like Harper Lee before her, has little interest in preserving the illusions of people who believe that justice and love will always prevail. . . . an incredibly moving and emotionally devastating piece of work that heralds great things from Wetmore."--Houston Chronicle "Gripping and complex. . . . Wetmore's delight in language enlivens every page. . . . With its deeply realized characters, moral intricacy, brilliant writing and a page-turning plot, Valentine rewards its readers' generosity with innumerable good things in glorious abundance."--Chicago Tribune "Stirring. . . . Wetmore poetically weaves the landscape of Odessa and the internal lives of her characters, whose presence remains vivid after the last page is turned. This moving portrait of West Texas oil country evokes the work of Larry McMurtry and John Sayles with strong, memorable female voices."--Publishers Weekly (starred review) "Drawing comparisons to Barbara Kingsolver and Wallace Stegner, Wetmore writes with an evidently innate wisdom about the human spirit. With deep introspection, she expertly unravels the complexities between men, women, and the land they inhabit. Achingly powerful, this story will resonate with readers long after having finished it."--Booklist "Fierce and complex, VALENTINE is a novel of moral urgency and breathtaking prose. This is the very definition of a stunning debut."--Ann Patchett "In Valentine, Elizabeth Wetmore cracks open West Texas and lays bare what beats inside: a world at once ferocious, fragile, and furious, where women and girls fight menace from every fanged quarter--land, animal, human. But fight they do, for themselves, for each other, for what's right. Wondrously, amid the sorrow, Valentine thrums with the most staggering beauty, a compassion and tenderness as vast as the sky. You'll read this book like a letter from a lost love, clutched in your hands, heart in your throat. You'll carry it with you forever."--Bryn Chancellor, author of Sycamore "Elizabeth Wetmore shows us the vivid and complex culture of Odessa, Texas. The women in this book move through their difficult lives with strength and surprising grace. The landscape and characters are rendered with precise and lyric prose. Valentine is a beautiful book written with compassion, understanding, and deep honesty. A remarkable debut."--Chris Offutt, author of Country Dark "My goodness, what a novel. I clutched this book in both hands and by the end I could feel the dust of West Texas on my skin. Elizabeth Wetmore understands the nuances of the human heart better than almost any writer I've read in recent years, and I rooted for these women with everything I have. There is violence here, and despair, but in the end the story is a testament to quiet courage, to hope, to love. Every person should read this extraordinary debut."--Mary Beth Keane, New York Times bestselling author of Ask Again, Yes
If the item details above aren’t accurate or complete, we want to know about it. Report incorrect product info.