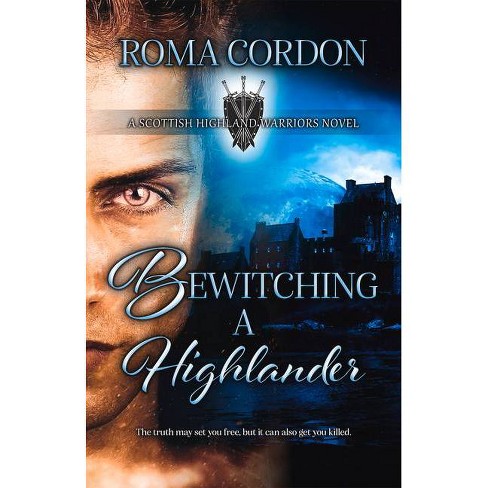 Defying all for the love of a bewitching lass.

Breena MacRae, a healer from Skye with a touch of witchery in her blood, embarks on a dangerous search for her missing father. She arrives on the Isle of Coll, seat of the vile Campbells. There, she encounters the debonair future chief to the Dunbar Clan, Egan, who rescues her from a Campbell sentry. Egan Dunbar is on Coll to keep the peace between the feuding Campbells and Dunbars. But when he catches Breena in a lie, he agrees to help her find her father to pay back an old debt and get to the bottom of the secrets she's hiding. As their attraction for each ignites like a firestorm, Breena and Egan realize a future together could trigger deadly consequences--a clan war between the Campbells and the Dunbars. Is Egan willing to betray his clan for love, even though he knows Breena is keeping secrets from him? Can Breena trust him with her family secret and put those she loves at risk?

Roma Cordon was introduced to romance novels in her teenage years and instantly became a voracious reader of the genre. In the 1990s, she came to live in New York where she earned her undergraduate and graduate degrees. After taking a writing course at New York University with Anne Rice, she dived into the world of writing while testing the waters at public speaking at her local Toastmasters club. By day, Roma works in the finance industry; in the evenings and weekends, she is a passionate romance writer. She also writes on her blog romacordon.com.

Inspiration for Roma's debut novel, Bewitching a Highlander came from trips to Scotland with her husband. Roma is an active member of the RWA-NYC Chapter and lives in New York with her husband where they care for two adorable furry friends adopted from local shelters.