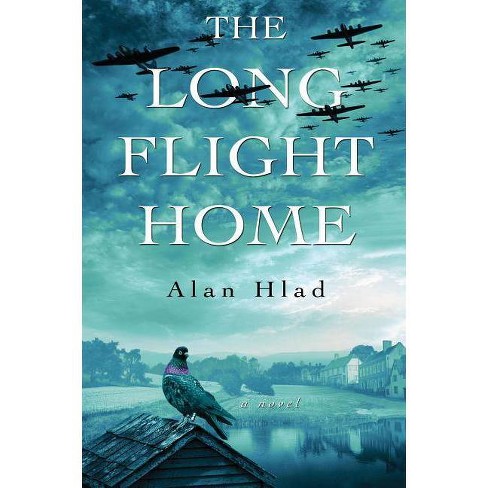 "Tense, heartwarming and life affirming, The Long Flight Home gives a fresh slant on heroism in WWII."
--Rhys Bowen, New York Times bestselling author of In Farleigh Field, The Tuscan Child and the Royal Spyness novels Inspired by fascinating, true, yet little-known events during World War II, The Long Flight Home is a testament to the power of courage in our darkest hours--a moving, masterfully written story of love and sacrifice. It is September 1940--a year into the war--and as German bombs fall on Britain, fears grow of an impending invasion. Enemy fighter planes blacken the sky around the Epping Forest home of Susan Shepherd and her grandfather, Bertie. After losing her parents to influenza as a child, Susan found comfort in raising homing pigeons with Bertie. All her birds are extraordinary to Susan--loyal, intelligent, beautiful--but none more so than Duchess. Hatched from an egg that Susan incubated in a bowl under her grandfather's desk lamp, Duchess shares a special bond with Susan and an unusual curiosity about the human world. Thousands of miles away in Buxton, Maine, a young crop-duster pilot named Ollie Evans has decided to travel to Britain to join the Royal Air Force. His quest brings him to Epping and to the National Pigeon Service, where Susan is involved in a new, covert assignment. Codenamed Source Columba, the mission aims to air-drop hundreds of homing pigeons in German-occupied France. Many will not survive. Those that do make the journey home to England can convey crucial information on German troop movements--and help reclaim the skies from the Luftwaffe. The friendship between Ollie and Susan deepens as the mission date draws near. When Ollie's plane is downed behind enemy lines, both know how remote the chances of reunion must be. Yet Duchess's devotion and her singular sense of duty will become an unexpected lifeline, relaying messages between Susan and Ollie as war rages on--and proving, at last, that hope is never truly lost. "Based on true events, The Long Flight Home has everything I love in a novel--the sense of discovery, the epic drama of a life-or-death situation, and the soaring sense of hope gained from the depths of despair. It's a gorgeous, impressive first novel by a hugely talented author."
--Susan Wiggs, # 1 New York Times bestselling author "I've always been fascinated by homing pigeons, and Alan Hlad makes these amazing birds and their trainers shine in The Long Flight Home--a sweeping tale full of romance and espionage, poignant sacrifice and missed chances, uncommon courage and the ongoing costs of war. A compelling debut told with conviction and great heart. "
--Paula McLain, New York Times bestselling author of The Paris Wife and Love and Ruin

Advance praise for Alan Hlad and The Long Flight Home

"Hlad's debut snares readers with its fresh angle on the blitz of WWII, focusing on the homing pigeons used by the British, and the people who trained and cared for them... Descriptions of the horrors of war and the excitement of battle are engaging, and the unusual element of the carrier pigeons lends an intriguing twist. This story will speak not only to romance readers and WWII buffs but also to animal advocates and anyone who enjoys discovering quirky details that are hidden in history."
--Publishers Weekly "Alan Hlad tells a dramatic, fictionalized story about the real use of pigeons during World War II...Compelling...The engaging plot and fascinating details of the National Pigeon Service make it a rewarding read. Many civilian pigeon-keepers volunteered to try to turn the tide of the war, not knowing if it would work or be worth the loss of their birds in the danger­ous process. The Long Flight Home captures the contributions of the average citizens who, in a time of peril, rose to meet the challenge in heroic ways."
--Bookpage "This well-researched historical novel presents a wealth of period detail and develops a romantic story inspired by the actual discovers - reported in newspapers more than a half century after the war - of the skeleton of an English homing pigeon carrying a still-legible coded message. The destructiveness of war, particularly the random carnage caused by the bombing of civilian areas, is vividly described, as well as the bravery of many citizens, including the homing pigeons of the National Pigeon Service."
--VOYA Magazine on The Long Flight Home "Hlad's debut delves into an obscure piece of World War II history: the covert mission of the National Pigeon Service, which deployed an army of homing pigeons to send messages to Britain from Nazi-occupied France...Ollie's attempts to escape from France are gripping, and Hlad adeptly drives home the devastating civilian cost of the war."
--Booklist "In Alan Hlad's fascinating story based on true events, he explores the special bond between an orphaned girl who raises the homing pigeons and an American soldier desperate to help the Royal Air Force."
--AFAR Magazine, The Best Summer Reads, on The Long Flight Home

Alan Hlad is a corporate executive turned writer. He is a member of the Historical Novel Society, Literary Cleveland, and the Akron Writers' Group. Alan lives in Ohio with his wife and children. The Long Flight Home is his first novel. You can find him online at alanhlad.com, Facebook.com/AuthorAlanHlad and on Instagram @AlanHlad.
If the item details above aren’t accurate or complete, we want to know about it.

A Time of Courage - (Of Blood & Bone) by John Gwynne (Paperback)

A Light Beyond the Trenches - by Alan Hlad (Paperback)