Picture in the Sand - by Peter Blauner (Hardcover) 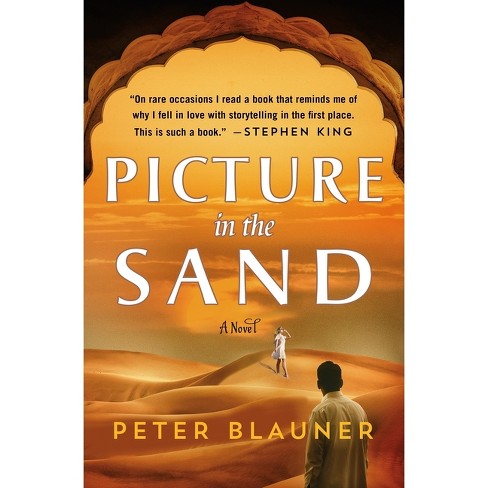 Peter Blauner's epic Picture in the Sand is a sweeping intergenerational saga told through a grandfather's passionate letters to his grandson, passing on the story of his political rebellion in 1950s Egypt in order to save his grandson's life in a post-9/11 world.

"On rare occasions I read a book that reminds me of why I fell in love with storytelling in the first place. This is such a book." --Stephen King

Peter Blauner's epic Picture in the Sand is a sweeping intergenerational saga told through a grandfather's passionate letters to his grandson, passing on the story of his political rebellion in 1950s Egypt in order to save his grandson's life in a post-9/11 world. When Alex Hassan gets accepted to an Ivy League university, his middle-class Egyptian-American family is filled with pride and excitement. But that joy turns to shock when they discover that he's run off to the Middle East to join a holy war instead. When he refuses to communicate with everyone else, his loving grandfather Ali emails him one last plea. If Alex will stay in touch, his grandfather will share with Alex - and only Alex - a manuscript containing the secret story of his own life that he's kept hidden from his family, until now. It's the tale of his romantic and heartbreaking past rooted in Hollywood and the post-revolutionary Egypt of the 1950s, when young Ali was a movie fanatic who attained a dream job working for the legendary director Cecil B. DeMille on the set of his epic film, The Ten Commandments. But Ali's vision of a golden future as an American movie mogul gets upended when he is unwittingly caught up in a web of politics, espionage, and real-life events that change the course of history. It's a narrative he's told no one for more than a half-century. But now he's forced to unearth the past to save a young man who's about to make the same tragic mistakes he made so long ago.

Advance Praise for Picture in the Sand

"Blauner's epic is a triumph, a story within a story, and a Bible story within a movie. It manages to meld a clear-eyed view of modern-day terrorism with the incredible true life history behind the making of Cecil B. DeMille's The Ten Commandments in Egypt. His characters rise from these pages not as the types they could be in lesser hands, but as individuals--flawed, irreducible, doomed by their historical time and limited consciousness--all too human. In the end, Picture in the Sand looks at the mess in front of us and behind us, and affirms, like Scheherazade, that stories can save us. --David Duchovny "With the magic only the finest storytellers can summon, Blauner has conjured a tale where epic reality--the making of Cecil B. DeMilles The Ten Commandments--is woven into a story of adventure, suspense, mystery, love, sorrow, assassination plots, prison breaks, and deep appreciation for the movies. I found this impossible to put down. An authentic tour de force, the kind you lay aside to read again." --Stephen King "A richly imagined, propulsive and timely novel about the intersection of Western hubris and Middle Eastern reality . . . vividly drawn." --Marisa Silver "Great storytelling, a coming-of-age tale with a love story at its heart.... All in all, an inspired idea skillfully executed." --Kirkus Reviews "This is historical fiction at its absolute best--heartfelt, anchored in real events, and extremely well told." -Publishers Weekly (starred review)

Peter Blauner is an Edgar-winning, New York Times bestselling author of eight other novels, including Slow Motion Riot and The Intruder. His books have been translated into twenty languages. Picture in the Sand is the culmination of two decades of writing and research that took him from Brooklyn to Cairo a half-dozen times. His most recent novel Sunrise Highway was published by Minotaur
If the item details above aren’t accurate or complete, we want to know about it.

Flowers for Algernon - by Daniel Keyes

Eaters of the Dead - by Michael Crichton (Paperback)

Our Boston - by Andrew Blauner (Paperback)