The Creator in You - by Jordan Raynor (Hardcover) 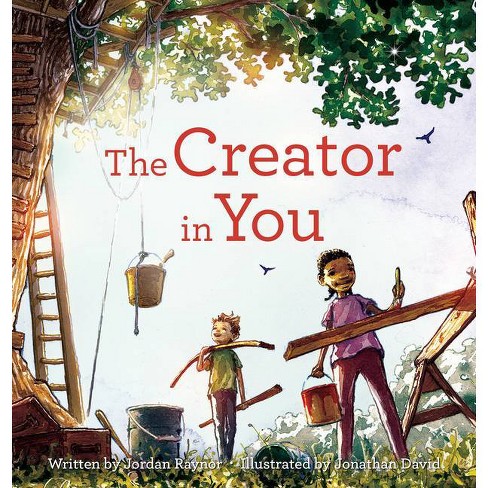 With engaging rhyme and stunning illustrations, this picture book sparks readers' imaginations with the big idea that God created human beings to make, model, and work like Him. The Creator in You is a book that children, graduates, and even many adults will treasure for a lifetime. This fresh perspective on the creation account from the Bible's first book, Genesis, helps readers see that the sixth day wasn't the end of creation--it was just the beginning. Before His day off, God had one more to-do. On His sixth day creating, God chose to make you. God made kids to create like he does--by filling the world with sand castles and s'mores today, and businesses and books tomorrow. Through inspiring illustrations and text, readers of all ages will feel connected to God's story of creation in a deeply personal way, inspiring them to view their current and future work with purpose, enthusiasm, and joy.

Jordan Raynor, the bestselling author of Master of One and Called to Create, leads a growing community of Christians seeking to more deeply connect their faith with their work. In addition to his writing, Jordan serves as the executive chairman of Threshold 360, a venture-backed tech startup that has built the world's largest library of 360-degree virtual experiences of hotels, restaurants, and attractions. Jordan previously served as CEO of the company, following a string of successful entrepreneurial ventures. A highly sought-after speaker on the topic of faith and work, Raynor has spoken at Harvard University, SXSW, TEDx, and many other events around the world. Jordan has twice been selected as a Google fellow and served in the White House under President George W. Bush. A sixth-generation Floridian, Jordan lives in Tampa with his wife and their three daughters. Jonathan David writes and illustrates stories for children. Growing up, he was never far from a pencil or paint brush. He worked as a portrait artist directly out of high school. And before turning his creativity toward books, he worked as a graphic designer. He lives in North Carolina with his wife and two kids.
If the item details above aren’t accurate or complete, we want to know about it. Report incorrect product info.