All By Myself, Alone: A Novel by Mary Higgins Clark (Paperback) 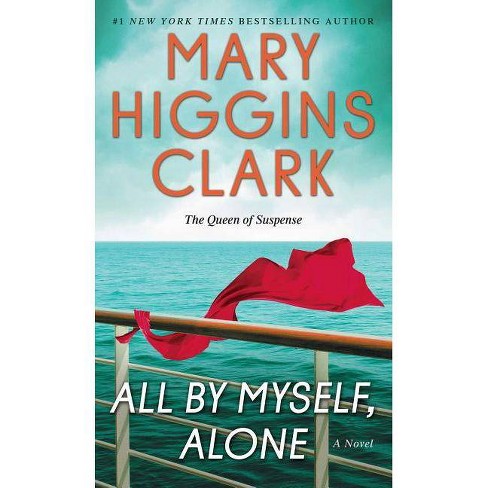 $13.36
undefined out of 5 stars with 0 reviews
be the first!be the first! ratings
Help us improve this page

A glamorous cruise on a luxurious ocean liner turns deadly in the latest mystery from Queen of Suspense and #1 "New York Times"-bestselling author Clark.

From the Queen of Suspense and #1 New York Times bestselling author comes a thrilling mystery aboard a luxurious but deadly cruise. Fleeing the disastrous and humiliating last-minute arrest of her fiancé on the eve of their wedding, Celia, an expert on gems and jewelry, is hoping to escape from reality on a glamorous cruise ship. But it is not to be. On board in the most luxurious suite is the elderly and world-famous Lady Emily Harworth. Immensely wealthy, Lady Em is the owner of a priceless emerald necklace that she intends to leave to the Smithsonian on her death. Three days later Lady Em is found dead--and the necklace is missing. Is it the work of her apparently devoted secretary, or her lawyer-executor, both of whom she had invited on board for the cruise? Celia, with the help of her new friends Willy and Alvirah Meehan--who are splurging on their wedding anniversary--sets out to find who the killer is, not realizing that she may have put a target on her back.

The #1 New York Times bestselling author Mary Higgins Clark wrote forty suspense novels, four collections of short stories, a his-torical novel, a memoir, and two children's books. With bestselling author Alafair Burke she wrote the Under Suspicion series including The Cinderella Murder, All Dressed in White, The Sleeping Beauty Killer, Every Breath You Take, and You Don't Own Me. With her daughter Carol Higgins Clark, she coauthored five more suspense novels. More than one hundred million copies of her books are in print in the United States alone. Her books are international bestsellers.
If the item details above aren’t accurate or complete, we want to know about it. Report incorrect product info.