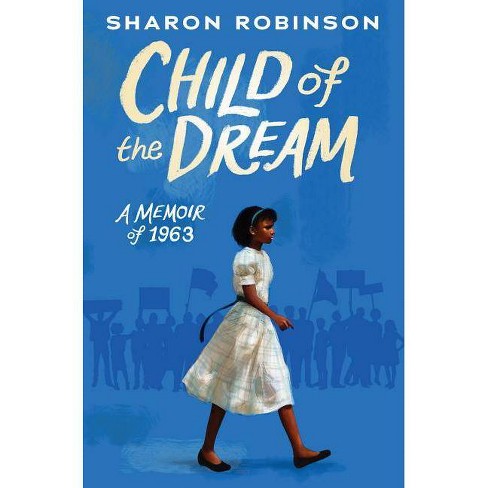 "In January of 1963, Sharon Robinson turned thirteen the night before George Wallace declared on national television 'segregation now, segregation tomorrow, segregation forever' in his inauguration for governor of Alabama. That was the start of a year that would become one of the most pivotal years in the history of America. As the daughter of Jackie Robinson, Sharon had incredible access to some of the most important events of the era, including her family hosting several fundraisers for Martin Luther King Jr. at their home in Connecticut, other Civil Rights heroes of the day calling Jackie Robinson for advice and support, and even attending the March on Washington for Freedom and Jobs. But Sharon was also dealing with her own personal problems like going through puberty, being one of the only black children in her wealthy Connecticut neighborhood, and figuring out her own role in the fight for equality. This memoir follows Sharon as she goes through that incredible year of her life"--

An incredible memoir from Sharon Robinson about one of the most important years of the civil rights movement. In January 1963, Sharon Robinson turns thirteen the night before George Wallace declares on national television segregation now, segregation tomorrow, segregation forever in his inauguration speech as governor of Alabama. It is the beginning of a year that will change the course of American history. As the daughter of baseball legend Jackie Robinson, Sharon has opportunities that most people would never dream of experiencing. Her family hosts multiple fund-raisers at their home in Connecticut for the work that Dr. Martin Luther King Jr. is doing. Sharon sees her first concert after going backstage at the Apollo Theater. And her whole family attends the March on Washington for Jobs and Freedom. But things don't always feel easy for Sharon. She is one of the only Black children in her wealthy Connecticut neighborhood. Her older brother, Jackie Robinson Jr., is having a hard time trying to live up to his father's famous name, causing some rifts in the family. And Sharon feels isolated-struggling to find her role in the civil rights movement that is taking place across the country. This is the story of how one girl finds her voice in the fight for justice and equality.

Sharon Robinson, daughter of baseball legend Jackie Robinson, is the author of several works of fiction and nonfiction. She has also written several widely praised nonfiction books about her father, including Jackie's Nine: Jackie Robinson's Values to Live By and Promises to Keep: How Jackie Robinson Changed America.
If the item details above aren’t accurate or complete, we want to know about it. Report incorrect product info.