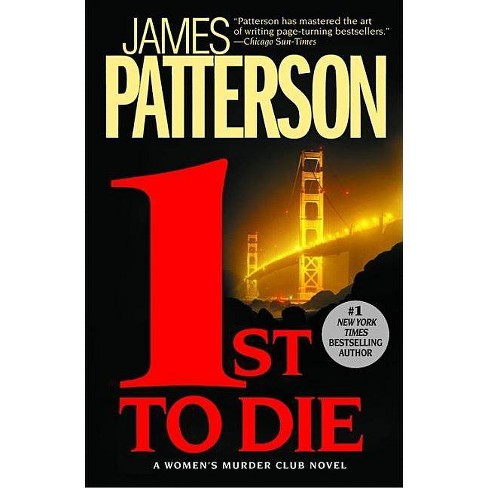 Four crime-solving friends face off against a killer in San Francisco in the Women's Murder Club novel that started James Patterson's thrilling series. Each one holds a piece of the puzzle: Lindsay Boxer is a homicide inspector in the San Francisco Police Department, Claire Washburn is a medical examiner, Jill Bernhardt is an assistant D.A., and Cindy Thomas just started working the crime desk of the San Francisco Chronicle. But the usual procedures aren't bringing them any closer to stopping the killings. So these women form a Women's Murder Club to collaborate outside the box and pursue the case by sidestepping their bosses and giving each other a hand. The four women develop intense bonds as they pursue a killer whose crimes have stunned an entire city. Working together, they track down the most terrifying and unexpected killer they have ever encountered--before a shocking conclusion in which everything they knew turns out to be devastatingly wrong.
Full of the breathtaking drama and unforgettable emotions for which James Patterson is famous, 1st to Die is the start of the #1 New York Times bestselling series of crime thrillers.

"A clever plot with enough last-minute revelations to keep you guessing."--Entertainment Weekly "One of the most creative and sadistic killers since Hannibal Lecter ... There are surprises in store right up to the last page."--BookPage "Patterson again proves himself a master of the craft ... Such a great book: every time you think you've got it all figured out, you realize the killer is still a step ahead."--Providence Sunday Journal "Polished, briskly written entertainment ... delivers the spine-tingly goods."--Sunday Oregonian

James Patterson has had more New York Times bestsellers than any other writer, ever, according to Guinness World Records. Since his first novel won the Edgar Award in 1977 James Patterson's books have sold more than 300 million copies. He is the author of the Alex Cross novels, the most popular detective series of the past twenty-five years, including Kiss the Girls and Along Came a Spider. He writes full-time and lives in Florida with his family.