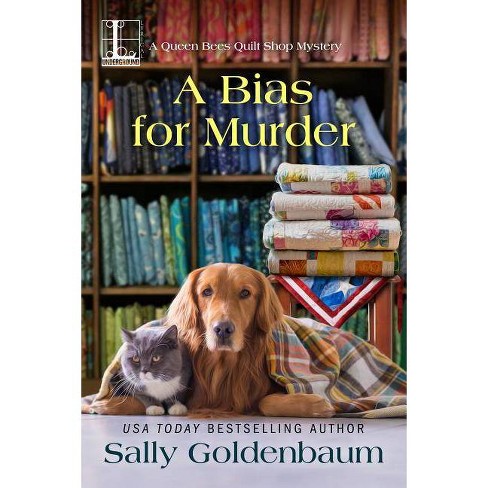 When their town is blanketed in suspicion and murder, it falls to the Crestwood Quilters to uncover a killer in this latest case from Sally Goldenbaum, the national bestselling author of the Seaside Knitters mysteries . . .

Oliver Harrington II was one of the most beloved members of Crestwood's community. Despite being the picture of health at age 52, he died from a sudden heart attack, leaving behind the family mansion on a sprawling piece of property. His twin sister Adele returned to the town she despises to claim her brother's home, intent on turning it into a B&B. And she's hired Po Paltrow and the Crestwood Quilters to craft quilts for the guest rooms.

But Adele is not the only one interested in the future of the Harrington estate. A developer wants to put multiple houses on the land. The townsfolk just want their neighborhood to retain its small-town charm and not become a tourist trap. But when an autopsy reveals that Oliver was actually poisoned, suspicion falls on his sister. Po doesn't believe Adele is guilty, leaving her determined to discover who else harbored deadly designs on the Harrington home . . .